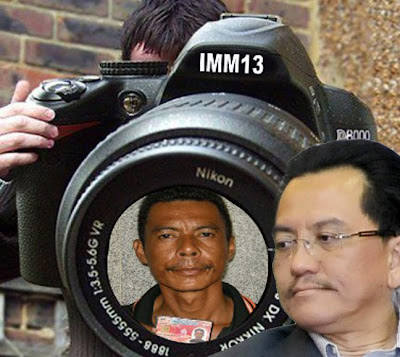 KOTA KINABALU: At least 48,000 people in Sabah still hold the status of refugees, the royal commission of inquiry (RCI) on immigrants in Sabah heard today.

As of last year, 98,066 people were holders of the IMM13, a document issued to Filipino refugees who fled the Southern Philippines conflict in the 1970s, former Sabah Immigration Department director Mohamad Mentek (photo) told the RCI in Kota Kinabalu.

Of this, he said around 48,000 of them were still active and being renewed.

“That (IMM13 document) is the best estimate we have of Filipino refugees in Sabah,” said Mohamad, who is now Eastern Sabah Security Command (Esscom) director.

However, he noted that the figure may not be entirely accurate as some IMM13 holders have obtained entry permits and thus forfeited their IMM13 document.

Some, he said, could have also passed away or gone back to their countries.

He also explained that the continued growth in the number of IMM13 holders was due to the refugees having children in Sabah.

However, he added, no new IMM13 document was issued to those who came into Sabah after 1984, when a freeze on the IMM13 was imposed.

Even so, Mohamad conceded that the department did issue fresh IMM13 documents after the freeze to those who had entered Sabah as refugees prior to 1984 but had failed to obtain the document.

“For example, in 1997, the federal taskforce conducted a census and found that there were still some refugees who still did not have the IMM13.

“This was referred to our department, and we issued the IMM13 documents to them,” Mohamad said.

He said this was allowed under an exemption made to the freeze.

The RCI was earlier told that the IMM13 was still being issued, even as late as 2010.

The IMM13 documents were issued between 1972 and 1984 to Filipino refugees until a freeze was imposed when the conflict in Philippines wound down. (Malaysiakini)
Posted by sabahkini.net at 17:25