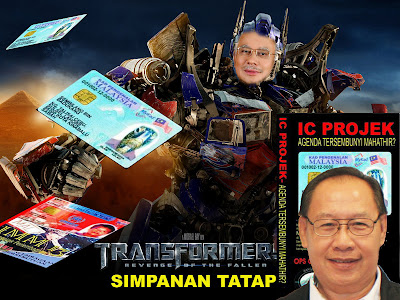 KOTA KINABALU: “It appears that Sabah leaders are being hoodwinked and misled by Kuala Lumpur and are failing to stand up for Sabah’s rights and entitlement on sharing of federal revenue collected from Sabah as well as on the oil revenues from Sabah’s oil and gas” said Datuk Dr. Jeffrey Kitingan, STAR Sabah Chief, in response to the reply by the Chief Minister that links the 40% entitlement to federal allocations and that there is no urgency in review of the oil revenue.

The 40% of the net revenue collected from Sabah is Sabah’s entitlement under the Tenth Schedule of the Federal Constitution and should not be confused with allocations from the Federal government.

“As regards the issue of the amount collected, the Chief Minister was referring to collections inclusive of other federal departments and agencies like the Customs, Immigration and Road Transport whereas the RM38 billion quoted by me was based on the information given by the Sabah Director of the Inland Revenue Board which has indicated that RM40 billion was targeted to be collected from Sabah in 2013.  It was not an arbitrary amount given by me” clarified Dr. Jeffrey.

In addition, the federal management and development expenditure in Sabah includes departments and agencies which overlap with and could have been performed by Sabah departments and agencies.   If these federal agencies were made redundant and or abolished, there will be considerable savings on management or operational costs which could then be channeled to development expenditure for Sabah which will further boost Sabah’s economy and enhanced benefits for Sabahans.

Sabah leaders need to start changing their mindset and remember that they represent the people of Sabah and need to look after Sabah and her people.   It appears that after decades of indoctrination by leaders from Kuala Lumpur, they are easily misled into forgoing Sabah’s rights and interests and failing to stand up for Sabah’s rights and entitlement.

As it is much of the wealth especially oil resources are drained from Sabah to fund development in Malaya leaving Sabahans to suffer as being the poorest and Sabah lagging far, far behind in development even in basic amenities like roads, water and electricity and medical facilities.

The federal government has failed to prioritize development in Sabah and has always been treating Sabah with contempt even today.

“Sabah contributed more than RM40 billion in revenue to the federal government and Petronas in 2012 yet the RM235 million water treatment supply project in Keningau had to be funded as a federal loan from Putrajaya.   There is no reason for the federal government to demand repayment for this basic amenities project for Sabah, in the interior of Sabah and at the heartland of the parliamentary seat of our Huguan Siou, when the federal government spends billions for other water projects in Malaya” added Dr. Jeffrey.

There is an urgent need for funds to bring development and progress to Sabah.  One of the other immediate source of funds for the Sabah government is through an increase in the cash payment for Sabah’s oil and gas.

A marginal increase of the cash payment from 5% to 10% will bring in an additional RM941 million to the State coffers which amounts to a 25% increase in the State revenue.   There is every urgent need and justification to seek a review of the oil revenue for Sabah.

It is high time for Sabah leaders to be visionary, brave and bold and demand for Sabah’s rights and entitlement of much needed funds for Sabah’s development and progress.  If not, Sabah will continue to lag behind like for the past 50 years or as better described as “IRI OM IRI” in the Dusun language.
Posted by sabahkini.net at 23:26