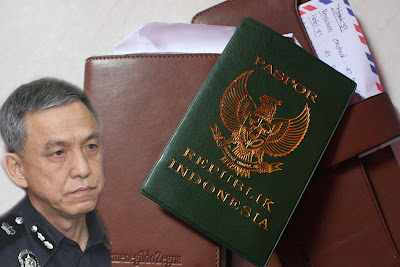 KOTA KINABALU: Two policemen have been detained to help police investigate a case where a pregnant woman was allegedly abused at Felda Sahabat 10 in Lahad Datu last Saturday.

The duo, a corporal and lance corporal were detained on Monday to enable police carry out investigations into the claim made by the woman.

State Deputy Commissioner of Police SAC II Datuk Tan Kok Liang (photo) confirmed the duo were being held, adding the case is being investigated under Section 384 of the Penal Code for extortion.

On Saturday, the woman was allegedly stopped by two policemen at Felda Sahabat 10 in Lahad Datu where one of them took her passport and demanded RM2,000 for its return.

The 35-year old woman who is several months pregnant also told police she was hit several times by the policemen before one of them fired three shots in the air.

The incident allegedly took place when the woman, a foreigner, was on her way to Felda Sahabat 10 to meet her husband at about 12.40pm when the two police personnel confronted her.

She lodged a police report at the Lahad Datu police headquarters the following day.

It was also said that the woman had kept the bullet shells as evidence.

Tan said if the duo were found to be guilty, they will bear the full brunt of the law and will be sternly punished. (BI)
Posted by sabahkini.net at 10:39