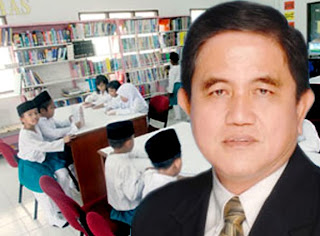 BN GOVERNMENT should seriously solve with transparency on the recruit and tranfer of federal officers to Sabah, especially on new and fresh recruitment, where Sabah is either for training ground, for basis of promotion due to too many competitor in west, leaving the local graduates no chance in the Federal Civil Service, some in stagnant position.

Jeopardizing and marginalizing local in trying to compete in Federal Departments. Even the village library is now managed by Federal staff from Peninsular, is Sabahan incompetent to handle this position?

News that the Judicial Department, in Sabah is not exempted there is talk in town that magistrates could posted from Peninsular to Sabah, Federal must be serious and appoint local from either Sabah or Sarawak who know best the culture and tradition local and could enhance separation of power in judicial system thus High Court of Sabah and Sarawak or better known in the past as High court of Borneo.