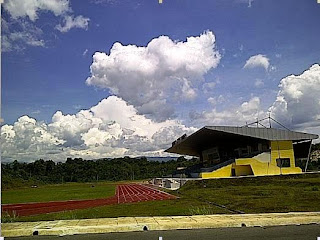 I’M CURIOUS with the statement made by the Minister of Youth and Sport, Datuk Pan (Daily Express 23/08/2011), where he was urging the Sipitang District Council to speed up the processing of approving Occupational Certificate (OC), a newly completed RM15million untendered Sport Complex in Sipitang.

The said sport complex scheduled for completion last April this year but delayed, even though the construction work began since 2008.

On top of that, I'm skeptical as to the suitability of the sport complex.

Situated about 5km from Sipitang town, not so much about the distance but the location, which is just behind the SFI factory.

Ppeople here are only too aware of the pungent smell of chemical that comes from the SFI factory, whilst only a few yards away is Sipitang rubbish dumping ground, an eye sore and equally as obnoxious as if not worse than that smell of toxic chemical. 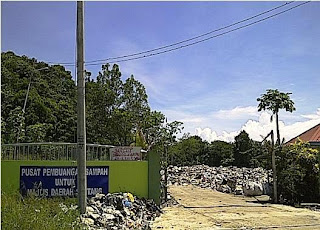 Why did the District Council choose this place to dump rubbish at the first place?

This dumping site is also spoiling the seaside open space of Sipitang.

I consider this is bad planning.

As for the usefulness of the building at the moment it is almost nil.

The building has been lying ideal and hunted for sometime. I was informed that this in an anticipation of 20 years which I wouldn't see much logic in the argument. I’m think many things would change in 20 years’ time especially with regards to sophistication on technology. In short its weird methodology of planning.

As of now there are no public transports passing this area -a kind of deserted area.

The only reason I could think of why the Sport Complex was built today was for the sake of accommodating local politicians who are in dire need of project this is a waste and bad management.