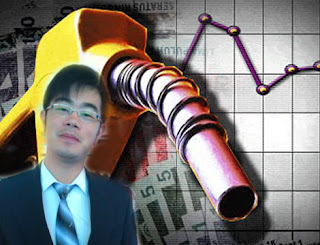 DAP Sabah is disappointed with the government unwillingness to notice that International price of Crude oil has fallen drastically since June 2011.

Tim Hii, DAP Sabah Api Api Assistant Secretary, expressed regret that the price of Ron97 still remains at RM2.80 per litre and Government has no plan to adjust it accordingly.

Tim said price of crude oil per barrel was hovering at USD115 in May 2011 and soon the price has steadily reduced to USD74 per barrel in July. However, price of Ron97 has just been adjusted once from RM2.90 to RM2.80 despite government promise to adjust the prices of RON97 & RON95 according to prices of crude oil.

What happened to the extra savings of the government? Where have they spent the money? Tim asked.

Tim Hii who is also the branch complaint committee, wants the government to review and adjust the prices of RON97 & Ron95 accordingly to walk the talk by delivering their promises.

If BN government still refused to listen to the rakyat, they will suffer the consequences in coming 13th General Election. Tim concluded