SABAH AND SARAWAK SHOULD GET OUT OF MALAYSIA 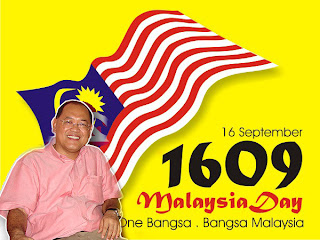 I SAW that the above captioned is very prominent in the face book. The followers are gathering steam and I wonder how could this happen to the younger generation of Sabah and Sarawak. What did the Sabah /Sarawak youth see and experience in Malaysia today that make them angry. Doesn’t the BN government try to make them happy?

Colonization of Sabah and Sarawak.

As we all know, the reason are many and these young educated mind can collect information from all sources, analyze it and make their own conclusion that Sabah / Sarawak (S/S) is but a colony of Malaya.

S/S form Malaysia with Malaya and Singapore in the hope of a better future. In the end, as of today, Malaysia bring land grab, make illegal immigrant powerful that they can vote the government they want, lost job opportunities to Malayan people, lost their natural resources revenue to Malaya, bullied by officials who run the religious department, deprived of premier education opportunity, made poor and government could not care less, and all in all the future of S/S is not going to be better under the colonial policies (Ketuanan Melayu) of Malaya.

The above paragraph seemed to sum up the pent up frustration and anger of the youth of S/S. Little wonder then that Pakatan Rakyat is picking up support as the young voters start to reject BN Government.

The Rejection of BN Government

I must say that BN try to bring a lot of improvement to S/S. Unfortunately the current State leaders are CORRUPT to the bone. The whole BN component parties members are longing for fast short term financial gain and left the poor people with little or nothing to enjoy.

The ‘RACIALIST’ policy of BN UMNO are bringing disunity instead of a strong a united country. But the leaders of BN refused to acknowledge their folly and that would be their death bed in politics. BN do not know how to listen to the people. BN think that they are all powerful and whatever they say goes. Educated young people do not agree to such approach.

We are building a nation–not a race or to make a religion supreme. Our history and identity are different then how are you going to make that homogenize.

As ciizen of Malaysia we should have equal rights. It seems Malaysia is practicing ‘Animal Farm politics’ as written by George Owell, who wrote that “all animals are equal but some animals are more equal than others”. That statement seemed to describe what is Malaysia today very well.

S/S to get out of Malaysia

This is a very sensitive topics to the Federal BN Government. Many people has been put under Internal security Act detention because they advocate the idea that S/S should get out of Malaysia if they want to progress.

Malaysia was well designed that we do not need to resort to fight to get out of Malaysia if the Federal Government behave fairly. The 18 / 20 points is an agreement to make S/S autonomous in all the elements of the agreement. Some of the point has been incorporated in the federal Constitution BUT subsequent BN leaders either out of greed or simply ignorance if not plain stupidity do not take historical circumstances seriously.

So the federal Government must take serious view of their own behavior and change it because the S/S youth have decided to change their own self to defend the autonomy principle as inbedded in the 18/20 points agreement.

It is BN Federal Government choice to turn their blind eyes and put cotton wool unto their ears so that the voices of the S/S Youth would not be heard. What the youth is promising now is that SABAH SARAWAK will not be BN Government ‘fixed deposit’ anymore.

We want change and we demand change to take place OR you will be changed.