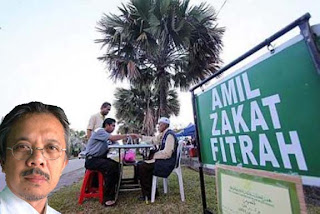 IT IS INTERESTING statement made by the former Chairman of Sabah Tithe Centre (PZS) Datuk Syed Abas Syed Ali with regards to involvement of community leaders, including elected representative in the distribution of tithes to the target groups (DE 23/08/2011)

I’ve in fact been waiting for the response from MUIS with regard to this topic. My earlier query dated sometime on 19/02 this year has not been responded. Among my queries were, I wanted to know where and how was the asset of MUIS RM400 million 20 years ago?

How is Baitul Mal functioning, it’s not within the ambit of MUIS? How does the constitution of MUIS allow it to be functionally separated?

It is high time for us Muslim in Sabah to see if the so-called transparency of activities of public institutions such as Baitul Mal and MUIS is at work and is exercised by the administrators and managers alike.

Public has right to see for e.g. collection of tithes over the years, how the collections were organized, how distribution are made, or even what are the criteria of the recipients- the so called orphan and the needy alike.

How and what were achievement so far, or what’s the success index if you alike? I was informed even promises made by the MUIS personals with regards to facilities for those newly convert to Islam (Mualaf) have not been fulfilled in many districts.

My idea of bringing this to the surface so that everyone can learn what democracy is all about, Islam propelled based on transparency and it’s part of the pillar of building trust among the Ummah.

Come back to the issue of YBs have right in the distribution of tithes to the target group, I think I need more clarification from Datuk Syed.

In fact on the question of right, every Muslim has right not just the YB, and to add to this, it isn’t just for UMNO YBs. I would still think it’s better to leave it to God to decide who gets what and how much in the day after.