BE CAREFUL OF CALLS FROM CONMAN 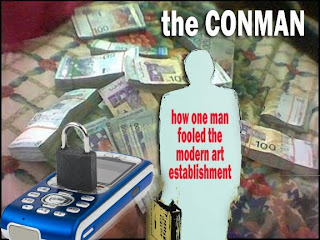 MANY people had complained to the KK MP Hiew King Cheu on the telephone calls received from conmen who claimed to be the staffs of banks chasing after their delayed credit cards payments.

The conman said the bank is after the money owing, and the card holders must pay up immediately, and the money must be paid into another account first for later transfer to the credit card bank. This is where the conman got his money, but very surprisingly the said account disappeared and can not be traced after the money has been bank in and transferred away.

The cases of these conmen cheating money could be the job of some expert ‘internet computer hackers’ who are good in using computer high-tech and can hack into the bank computer system to down load the details of the account holders and also get into the banks system.

There are many on-line e-payment system and credit card account details system to allow the account holders to surf online to check on their accounts or making money transfer for payments. The system is not full proof and the smart hackers can crack into the system to steal information.

This is done usually by way of cracking into your pass word, or you have not sign out on your account. On the other hand, the information could be leaked out by some ‘insider’, involving bank staffs leaking on customer credit information.

The other possibility of the information leak could have come from the unauthorized access to the Central Credit Reference Information System (CCRIS) and the Credit Tip-off Service (CTOS), which show the credit standing of the customs.

MP Hiew said those who were conned should immediately make police report, and it is believed that there are many people who had been cheated and lost money. He also advices the general public to be careful of any such telephone calls, and should ignore them or check back with the bank directly. Do not simply bank in money to any other non-related bank account except your own bank account.

MP Hiew calls upon the police, Bank Negara Malaysia, the bank itself to investigate on the case once they received the reports from the victims. The people should stay alert and do not fall into all these telephone con jobs. Be very careful on your Internet on-line bank statement, payment and especially on the e-purchases using your credit cards to make payments.

There are ways that your personal details can be stolen by hackers at any time, so be very careful.