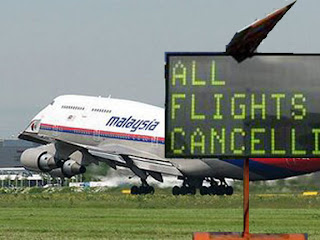 KK MP Office has constantly receiving complaints and grouses concerning the cancellation of the many international routes to the various foreign destinations recently by MAS. The unscheduled cancellation on these routes and sectors came without prior and advance notices given, and the re-routing had caused much inconveniences and problems to many travelers.

These people are complaining about the rescheduled flights which have been rerouted to transit in Kuala Lumpur instead of going by direct flights to the overseas destination like those in China, Japan or Australia, and even to Sandakan in Sabah.

They should not just cancel the oversea direct flights without giving ample notice or seek consultation with the travelers.

“The re-routing via Kuala Lumpur may not suit every one’s travel plan and not forgetting the time spent waiting for connecting flights”, a businessman Mr. Paul complained to MP Hiew.

We want the MAS to look into all this problems carefully and it is better to check with us first to find the acceptable solution on the flight plan before they change the schedule. This has resulted many travelers canceling their booking with MAS and booked on to other airlines, and ended up paying more.

In fact, MAS should compensate the travelers in canceling the particular route to overseas. This is necessary because the travelers have to spend extra money to book on to other foreign airlines in the region.

MAS did not border about the problems faced by the people resulted by the cancellation of the flight routes, and this is not the first time happening. The airline is having a role to serve the people in the country and not thinking on the profit only.

In some cases, the route might not be profitable but in order to serve the community and meet the needs, the route must be maintained open even at a lost, and especially this is our own national airline.

KK MP Hiew urges the MAS to reconsider to stagger the decision to stop flying immediately as from the January, 2012 to some of the oversea destinations as announced recently. All the re-routing must be carried out with consultation with the travelers and should make compensations.