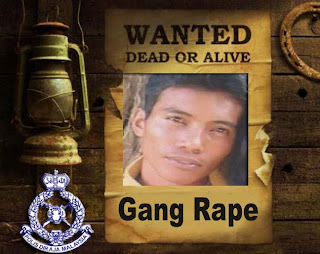 POLICE Sandakan are looking for a man (pictured here) to facilitate investigations into a gang rape case at Bandar Indah here on Dec 15.

Acting District Police Chief, Supt. Fadzil Mohd Ali, said two Indonesian women aged 18 and 20 have lodged police reports that they were gang raped by three men inside the bushes at 3am.

He said the two women had agreed to an offer by the three men, who were travelling in a vehicle, to send them home.

Unfortunately, Fadzil said the three men drove the two women to the Ulu Sibuga area where they were allegedly gang raped.

Following reports lodged by the women, he said a local man and a foreigner were arrested on the same day.