LIFE WITHOUT IC FOR THE LAST 46 YEARS! 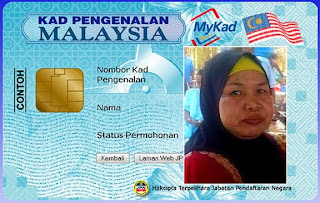 A SIPITANG housewife, Rose Kalsum Zainal from Kg Mesapol Lama finds life has been miserable for the last 46 years having to live without Malaysia Identity Card. She is no less than a foreigner, even foreigners many of them are luckier than her got Mykads soon they arrived in this country in particular Sabah, she said.

Rose Kalsum had applied twice to get Malaysian IC, first was in 1978 in Kota Kinabalu (proof of photocopied documents supplied) but since the IC wasn’t forthcoming she then reapplied by registering at National Registration Department in Sipitang District office in 1990.

Ever since she has been checking with the NRD every few months, the last time she went to check with NRD Sipitang was September last year where she was given the same response by the officer that her record of application was untraceable and not found in the system.

She was about to giving up until her daughter met SAPP member Kamis Daming, Deputy Chairman for Sindumin Liaison Committee who she heard might be able to highlight her plight.

In her birth certificate, a late registration, which is normal in Sabah for those born 50s, that Rose Kalsum has Dusun Kadayan parentage by origin, from Tamparuli and Sipitang.

Kalsum married to a Kadayan from Kg Mesapol bore with 7 children now lives in Kg Mesapol Sipitang. All of her children have Mykads according to her daughter Kiran Bte Kaimi@ Ahad, her fifth child now 25.