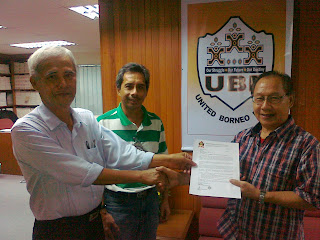 Pursuant to the Malaysia Agreement, 1963 signed in London on 09 July 1963 and amended by an Amending Agreement 1963 signed in Singapore on 27 August 1963, the independent nations of the Federation of Malaya, Singapore, Sarawak and Sabah (then North Borneo) came together and formed the new nation known as the Federation of Malaysia on 16 September 1963 which was and is known as Malaysia Day.

Sabah was the last of the four nations to be granted independence on 31 August 1963. This fact was recognized by the late Father of Independence, Tunku Abdul Rahman al-Haj who was quoted in the Sabah Times on 30 August 1963 as stating “The granting of self-government too would enable Sabah to stand on its own feet as equal with Malaya, Sarawak and Singapore.”

Fundamental to the on-going controversy on the Federal-State relationship is the existence of the Malaysia Agreement, 1963 as well as the undertakings, assurances and recommendations leading to the signing of the said Agreement.

Of particular importance is Article VIII of the Agreement which reads:

“The Governments of the Federation of Malaya, North Borneo and Sarawak will take such legislative, executive or other action as may be required to implement the assurances, undertakings and recommendations contained in Chapter 3 of, and Annexes A and B to, the Report of the Inter-Governmental Committee signed on 27th February, 1963, in so far as they are not implemented by express provision of the Constitution of Malaysia.”

For Sabahans, the ideal of Malaysia was aptly put by the late Tunku Abdul Rahman who said:

“The important aspect, of the Malaysia Ideal as I see it, is that it will enable the Borneo territories to transform their present colonial status to self-government for themselves and absolute independence in Malaysia simultaneously.”

The departure of Singapore from the Federation in 1965 has further fueled the controversy on the validity and legality of the Malaysia Agreement.

(2) Coordination and discussions with legal and consititutional law experts on the Malaysia Agreement, 1963 and related documents;

(3) Instituting legal court case, internationally and or locally, to determine the validity of the Malaysia Agreement, 1963;

(4) Any or other matters related or arising from the Malaysia Agreement, 1963.

It is hoped that the MARP will assist in seeking a conclusive end to the on-going controversy and enable Malaysia and its components to restore the parties involved to the right path and progress from there.