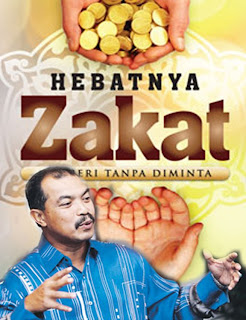 In an email to Inspector-General of Police Tan Sri Ismail Omar here, Mat Zain said there was proof enough that the trio had committed the alleged misdeeds when the matter was recorded in the pages of the Auditor-General’s report for 2010.

According to the report, Jamil, the minister in the Prime Minister’s Department in charge of Islamic affairs; Federal Territory Islamic Religious Council (MAIWP) director Datuk Che Mat Che Ali; and MAIWP chief prosecutor Shamsudin Hussain had withdrawn RM63,650 from the council’s zakat fund to settle their legal costs. The costs were incurred when Opposition Leader Datuk Seri Anwar Ibrahim named the trio as respondents in his qazaf application.

However, the A-G’s report also confirmed that the sum was repaid to the fund after the council obtained a RM700,00 grant in June last year as part of its general resources allocation from the government.

But, citing legal provisions, Mat Zain insisted in his email that the trio had committed misappropriation of property under Section 403 of the Penal Code and should be punished accordingly.

Section 403 states: “Whoever dishonestly misappropriates or converts to his own use, or causes any other person to dispose of, any property, shall be punished with imprisonment for a term which shall not be less than six months and not more than five years and with whipping and shall also be liable to fine”.

“In short, this means the misappropriation of property for temporary personal use, whether for just a day, is considered wrong according to this Section,” said Mat Zain.

He also pointed to Section 409A of the Penal Code, which states that: “It is no defence for any offence prescribed in sections 403... to show that the property was openly appropriated or that the appropriation was duly recorded and entered into the books and accounts of any company or association or body of person whether incorporated or not”.

“In short, it means the moment the use of the zakat funds was made openly and recorded in any account or official records of the MAIWP, it remains a wrongdoing and the record cannot be use as defence.

“Instead, it is that record that becomes strong evidence to show the offence took place,” said Mat Zain, adding that the A-G’s report was sufficient to prove a prima facie case against the trio.

“The repayment of every single sen misused cannot be used as an excuse to clean anyone’s record from wrongdoing or to exempt the person from legal action,” he said.

Mat Zain also cited Section 409B of the Penal Code, which states that if any offence prescribed in Section 403 and 404 is proven, “it shall be presumed that he had acted dishonestly until the contrary is proved”.

“With the above explanation, I have no doubt that Jamil, Che Mat and Shamsuddin committed offences under Section 403 of the Penal Code and, if convicted, will be liable for action under the same section.

“At the same time, there is no authority that can indemnify them,” he said.

Mat Zain also stressed that the trio’s use of zakat monies for personal reasons was wrongful according to Islamic laws, chastising Jamil for doing so just months after he was sworn into his ministerial post.

He then repeated an earlier allegation against Prime Minister Datuk Seri Najib Razak for dropping the ‘Mohd’ or ‘Muhammad’ from his name when taking an oath on two affidavits signed on September 21 and 23 this year.

“What lies before the people today is a prime minister and a minister for religion who purposefully exposed themselves to criminal charges which could see them jailed, just so they could hide something.

“But the most important question is why, in order to protect the National Feedlot Centre project, the government was willing to spend RM250 million, and for cosmetic improvements to the country and PM’s image, the government paid APCO and FBC more than RM150 million... but when it comes to religious matters, the minister for religion... [appropriated] zakat funds... money for the poor and the orphaned?

“Is this what PM Najib meant by championing Islamic teachings?” Mat Zain said.