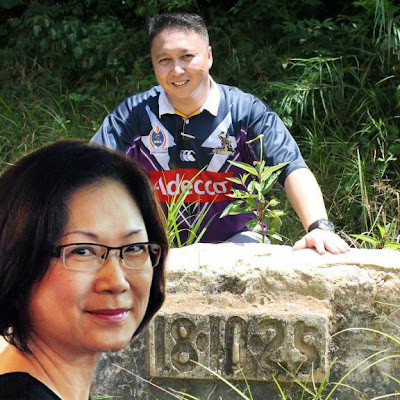 She said Zaki should not use the Royal Commission of Inquiry (RCI) on Illegal Immigrants as a platform to slander her.

"I reserve the right to take action against Mohd Zaki at a later date," she said.

Zaki had on Wednesday said he believed Christina, who was previously known as Christina Hadikusumo, was a Chinese Indonesian who had somehow obtained a Malaysian IC. He also questioned Christina's birth certificate.

However, RCI panel member Tan Sri Henry Chin defended Christina, saying he knew Christina's family, including the parents and that Christina was born at the Tawau hospital.

Thanking Chin for standing up on her behalf, Christina however wanted to put the facts straight.

"No, I was not born in Sabah. I was born in Hong Kong where my parents came from. I was only a few months old when we first came to Tawau, 12 years prior to Sabah's independence.

"During that time, since both Hong Kong and Sabah (then North Borneo) were under British rule, it was easy to get an IC.

"I previously had an Indonesian sounding name because I married my husband, who is a Chinese Indonesian, in the United States.

The law there required that I register my name under my husband's name," she explained.

She denied the claim that she acquired her IC through Project IC.

"My IC bears the code number 71 instead of 12. That means I am a Sabahan born outside of Sabah.

Code number 12 means a Sabahan born in Sabah," she explained.

Christina said she suspected that the former police officer who is now Umno Tawau Education Bureau secretary has a hidden political agenda for raising the issue now.