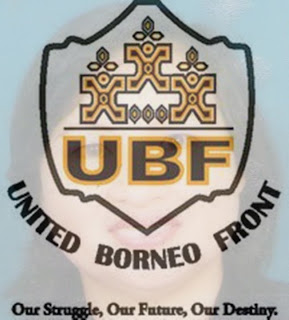 MOST people failed to recognize the strategic importance of Sabah and Sarawak after the 2008 election because they have been conditioned to accept the politics of compliance and subservience and led to believe that we can't do anything in Sabah since Putrajaya/Federal Government will always be controlled by Semenanjung. Well, this is no longer the case since 2008.

Let me explain. Malaysia has 222 parliamentary seats. Prior to 2008 BN/Semenanjung controls almost all the 166 seats. So, even if Sabah/Sarawak had all the 56 seats, there is nothing much we can do.

Understandably, that's what happened to PBS? Since 2008 the scenario has changed for the better. The 166 seats in Malaya is now almost equally divided between BN and PR as follows:

This means with the 56 seats in Borneo, Sabah and Sarawak are king makers and if united, can decide who will control Putrajaya as the Federal Government in the next election PR or BN.

This is the reason why the Borneo States must unite to capitalize on this strategic political opportunity which came only after 46 years of our nationhood. How do we unite the Borneo States? By having a common agenda!

What is this common agenda? It is called the ‘Borneo Agenda’ (please visit UBF site for details). How do we operationalise this BA? Through UBF. But UBF is not a political party? Yes, it is not. However, UBF can and has already mobilised the ‘Borneo Alliance’ to create a political union between Sabah and Sarawak.

SNAP of Sarawak has already expressed/decided to join this Borneo Alliance last week. Its a matter of time that other pol parties will join this Alliance when they realised the strategic importance of such a union for the future of Sabah and Sarawak. Its now or never for us Borneans.

This window of opportunity will not last so the people of Sabah/Sarawak must act in our state interest this time around. If our leaders don't support the Borneo Agenda and act accordingly we, the people, must be prepared to change and replace them in the interest of the Borneo States and our future generation!

UBF believes that the results of the coming parliamentary election will still be 50/50 for Malaya betwn BN/PR. Thus,the importance of the Borneo Alliance, to use its strength to negotiate for the best deal for Sabah/Sarawak, including the restoration of its rights and the implementation of the Malaysia Agreement!