PARTICIPATE IN PARLIAMENT Q & A SESSION 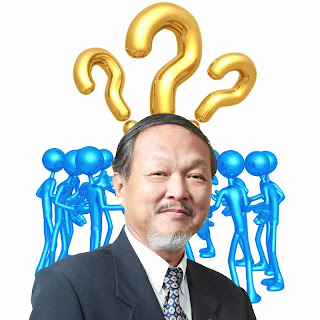 THE Member of Parliament for Kota Kinabalu, Dr Hiew King Cheu is inviting the general public to participate in an exercise to forward their request and choice of question related to the issues affecting them in Sabah directed to the various Federal Ministers and their respective ministries through the KK MP during the coming March 7th sitting of the Parliament first session of 2011.

This is proposed by MP Hiew so that directly from the voices of the general people can be heard. Their proposed questions will be directed to the Ministers and can be heard when tabled in the Parliament.

Hiew said that he encourages the general public to join in the Q & A exercise so that their doubts and queries can be answered in Parliament during the coming March session. This is for the sack of public interest.

All those who wish to participate can submit to the KK MP office through E-mail: hiewkingcheu@gmail.com or fax to 088 254987. The question should not be more then 40 words and related to federal matters and issues only. The questions should reach the MP office latest by end of January for checking, selection and submission to the Parliament office.

This will be the first time that the general public can submit their question through the MP to seek clarifications and answers directly from the Ministers concerned. The official replies from the Ministers in Parliament shall be published in the newspaper and a copy sent from the MP office to the person who put up the questions. There are all together 10 verbal and 5 written questions that each MP can put forward for each session of Parliament sitting.