MORE FOR PBS TO WORRY THAN ATAMA 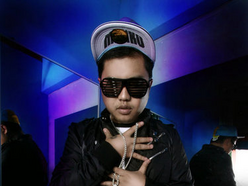 I feel that the great uproar about Atama Katama is misplaced. We can understand how irritating it must be for the PBS and Umno leaders to read how a ‘nobody’ could be so daring as to insult them publicly, but going to the extent of making a police report was unnecessary. All PBS youth did was make Atama a bigger star.

What I suspect is that the police report was made because the PBS Youth group sensed there is some truth in Atama’s sketch, and that is why it hurts so much. But I feel that the leaders concerned should have been able to laugh it off and not make fools of themselves by expressing so much anger.

Datuk Lagadan even went to the extent of asking if the opposition will commit murder next. Was there an attempt to divert the people’s thinking into something trivial to make them forget the real big problems in Sabah?

Atama may have been very naughty but he made us think what part of PBS is about. What is PBS’ real struggle now? Is the party really fighting for the people? Is the Pesta Kaamatan really being celebrated with the original spirit of the people?

Why is there no attempt to make the Pesta Kaamatan a unity event when all KDMs and other Sabahans, regardless of their political affiliations, are openly welcomed to celebrate together? After all, isn’t the Huguan Siou the leader of all the KDMs?

This is the problem when you have to depend on the government for the funding. The event becomes a government event and the old community spirit is lost. The question is, are we so poor that we cannot even celebrate our own Kaamatan without the government’s funding? Maybe the KDCA could look into this question.

But as of the uproar on Atama, the BN parties need to realize that there are more things to worry about than Atama. The state is suffering for so many problems that we are in danger of becoming part of a foreign country because the foreigners are already here taking charge of many things, and the poverty is so bad many people still live in dilapidated houses, can’t afford to have three meals a day and school children in areas like Inanam go through jungles to go to school. The situation is so bad in the interiors that people have been wondering what the BN parties have been doing.

If we go online we will see so many horror stories being posted on blogs and news portals. I strongly feel PBS Youth should look into this problem and ask themselves what is PBS real agenda for the people of Sabah. There is, for example, the online listing 81 reasons why a senior state leader should resign, about a state leader being involved in money laundering, about sex scandals among women in a political party in Sabah, about how Sabah is bleeding under the rule of UMNO (the happiest political entity in Sabah which is destroying the socio-political fabric of the multi-ethnic state).

The article in Wikisabah.blogspot.com says among other things that: “Such has been the dominance of UMNO that for many years not a single Christian Kadazan-Dusun-Murut (KDM) has been appointed to the top seven posts in the Sabah hierarchy. So much for the ‘fair’ power-sharing formula of the Barisan Nasional (BN). It is a topic that has dominated PBS and UPKO’S coffee table conversations of late following the elevation of the State Legislative Assembly Speaker to the post of governor and another Umno member to his former position to replace him in quick succession.

“With the appointment of Salleh Said Keruak, a Bajau, as the new Speaker, and his predecessor Juhar Mahirudin, a Suluk, as the new Yang di-Pertua Negeri or governor, the KDM is left licking its own wounds on the political fringes. During the Usno, Berjaya and PBS eras, the seven top posts in the state were shared among the major communities in Sabah.

This old-time wisdom was a political and social arrangement to maintain a harmonious spirit within the multi-ethnic society which is Sabah, the second largest state in Malaysia. Besides the positions of governor and chief minister, the other top posts in the state are the Speaker, state secretary, state attorney-general, director of Sabah Foundation, and the State Establishment director. But now no Christian KDM occupy these posts.”

How does PBS leaders feel about this report? Can it now claim to have any sense of achievemen in BN, or has it become just a follower in the grand scheme to strip the KDMs of their rights? If PBS has to bow to UMNO, how will that achieve anything for the KDMs? Maybe Atama is right after all.