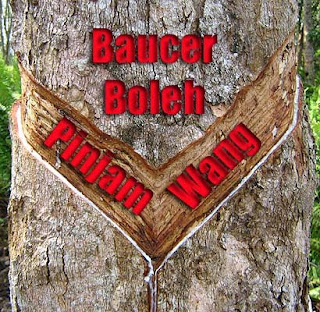 THE price of rubber has soared but rubber tappers in Sabah are not smiling because they are getting payment from the Sabah Rubber Industries Board (SRIB) late.

Sabah Progressive Party (SAPP) took SRIB and the government especially, to task for delaying payment to the rubber tappers up to more than a week.

Information Chief, Chong Pit Fah said that most of the rubber tappers are villagers who depended on the sales of their rubber to make ends meet.

"But, we received information that the SRIB has delayed the payment after collecting rubber sheets from the kampong people.

"The price of rubber has increased to RM8.90 per kilo but these kampung people are not really benefiting from it," he said here.

Chong said he also received information that some of the rubber tappers even had to use the 'payment vouchers' from the SRIB as a collateral to borrow money from loan sharks.

"This is saddening. Does the government ever consider the hardship that these people have to endure?

"They wake up early in the morning to tap rubber and despite putting up with the mosquito bites among others, their effort is not appreciated.

"The government instead owe the poor people. Why can't the payment be released early? The price of rubber is so good but the rubber tappers in Sabah are not smiling," he said.

"SAPP believes that the so-called People First Performance Now slogan of the Barisan Nasional as merely a tool to hoodwink the people," he said.