JAKOA MUST CONSULT ALL STAKEHOLDERS 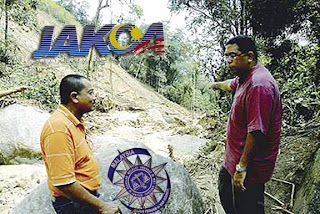 THE MALAYSIAN Bar is dismayed with the recent announcement by the Jabatan Kemajuan Orang Asli (JAKOA) in relation to the finalisation of the proposed Orang Asli land titles policy.

Grievances in reaction to this announcement voiced by various members of the Orang Asli community to the Malaysian Bar suggest that the Government has once again not engaged in prior consultation with Orang Asli and failed to obtain the free, prior and informed consent of affected Orang Asli in finalising the policy.

Malaysia has committed to do so in the pledges it has made in the United Nations Declaration on the Rights of Indigenous Peoples 2007 (UNDRIP).

Stemming from the Orang Asli’s earlier objection to a proposed land titles policy through its protest memorandum and peaceful demonstration in Putrajaya on 17 Mar 2010, the Malaysian Bar had previously requested that the Government furnish in advance any future policies affecting Orang Asli lands and corresponding amendments to the law to all stakeholders, including the Malaysian Bar, in order to facilitate meaningful prior consultation with all affected Orang Asli.

The deafening silence from the Government in not responding to this request and the recent announcement imply its continued lack of will to engage meaningfully with Orang Asli.

It is unacceptable that a Member State of the United Nations and Human Right Council disregard the principles contained in the UNDRIP with such impunity in its domestic practice of international norms. In this regard, any attempt to deny the status of Orang Asli and their land rights is also a clear violation of their fundamental rights guaranteed under the Federal Constitution.

It is therefore an abhorrence that violations against such rights that have been entrenched by the highest law of the land, case law and international human rights laws continue in the form of unilateral and paternalistic land policies that risk the loss of Orang Asli customary lands.

The implementation of previous government-imposed integration policies that caused the coerced resettlement of Orang Asli will result in Orang Asli losing out on their customary lands that they rightfully possess, and eventually their identity as a distinct indigenous group of peoples.

In addition to extricating Orang Asli from their source of livelihood, physical and spiritual way of life, and economic, social and cultural heritage, Orang Asli who are deprived of their lands are also being stripped of their rights to life, equality and property, fundamental liberties and, rights guaranteed to all Malaysians under the Federal Constitution.

The Malaysian Bar urges the Government to be steadfast at all times in upholding and honouring the obligations it undertook when Malaysia voted in favour of adopting UNDRIP.

In accordance with UNDRIP, the Government has a duty to halt any steps to introduce any policies and legislation affecting Orang Asli customary lands, until a process of consultation is conducted with all affected communities and relevant stakeholders, and their free, prior and informed consent and cooperation is obtained.

We call on the Government not to act in any manner inconsistent with those rights. Without this preliminary measure, the Government’s vote in favour of adopting UNDRIP that, inter alia, reiterates the right of Orang Asli to self-determination, rings hollow.

The ongoing SUHAKAM National Inquiry into the Land Rights of Indigenous Peoples in Malaysia presents an excellent opportunity for the Government to review its policy on indigenous land rights. The Malaysian Bar calls upon the Government to consider the culminating SUHAKAM report that would be made available in June 2012 in formulating, with the effective participation of all indigenous communities, including Orang Asli, reforms to indigenous land rights.

Members of the Malaysian Bar have offered their legal services on a pro bono basis to assist the Orang Asli communities to protect and defend their land rights. Similar efforts have been made by lawyers in Sabah and by members of the Sarawak Indigenous Lawyers Association.