JUST PAY YOUR DEBT FOR THE SAKE 200 PERSONS 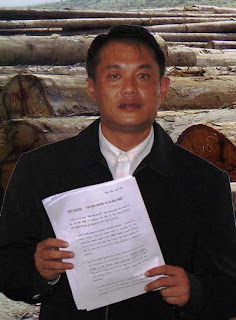 I am very glad if you dare to publish this open letter and allowed you to edit this letter. I am fully responsible for the content and liable for any summon if does arise.

I refer to the said ‘RM1,448,173.07’ log contracting fees owed by Mr. LMH (real name are censor under Court Injunction to Sabahkini.Net) of TMS to his sub-contractor, KKS TIMBER TRADING and comment my fair view as follow;

1. As Mr. LMH is a highly educated graduate, I believe he should recover from his normal mind in settling all the outstanding amount owing to KKS TIMBER TRADING soonest without further delay as the about 200 workers and family members do need the money for living and for their children' s education purposes. 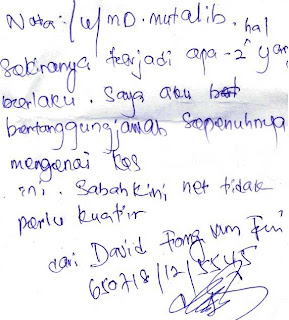 2. Since KKS TIMBER TRADING has already completed the said given log contracting job satisfactorily at the PINANGAH FOREST RESERVE IN THE YAYASAN SABAH CONCESSION AREA, Mr. LMH and his company should not be ungrateful and left his past hard working workers to live in anger, hunger and serious suffering.

3. Since Mr. LMH and the said TMS has already earned profit with few ‘millions of RM’ he therefore should not exploit the hard working effort of his about 200 workers.

4. Further, since now that TMS is a subsidiary company under the famous listed company, NCB with about 51% shares, LMH therefore should not hide his debt but he should properly;

i. settle all the outstanding debt to the KKS TIMBER TRADING within 1 month' s period since it has been overdue for about 5 months already!

ii. also inform the top Management of Yayasan Sabah and RBJ regarding the change of ‘ownership’ in TMS before the relevant authorities (ANTI-CORRUPTION AGENCY or the CORPORATE COMMERCIAL CRIME DEPARTMENT from the ATTORNEY GENERAL) may investigate and take the appropriate action on the ‘Corrupt Practices’ and ‘Fraud1’ which may exist within TMS monitored by LMH.

i. The Chief Minister of Sabah, Datuk Sri Musa Hj Aman being the Chairman of Yayasan Sabah and the state assembly man from Sandakan should look into this serious issue caused by Mr. LMH as it will definitely reflect the creditability of the SABAH STATE BN GOVERNMENT in not caring the people' s livelihood and problems.

Please do something about this issue positively in the interest of justice and fairness for the people.