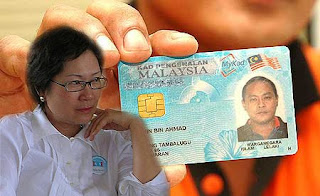 THE National Registration Department (NRD) in Putrajaya has again called off a meeting in Kota Kinabalu with MyKad holders whose religion is wrongly stated as Islam.

Generally, the problem involves non-Muslims in Sabah who have bin (son of) or binti (daughter of) in their names.

The meeting had been scheduled for last Friday and subsequently was postponed twice. Today, it was confirmed that there will be no meeting either.

Sabah opposition strongwoman Christina Liew, who has been leading the initiative to resolve the situation, said: “All problematic MyKad holders can continue to submit their supporting documents to us. We will prepare their appeal for rectification purposes.”

She noted that the state NRD director had earlier promised to host a meeting-cum-dialogue with affected MyKad holders. That meeting has yet to take place after several postponements.

“We gave them (NRD) ample time to set up the meeting with the affected MyKad holders,” said Liew, who is also the PKR state deputy chief.

“If the state director is really that busy, he should have delegated the task to another senior official.”

She said that the issue of the religion being recorded wrongly on the Mykad is a very serious one with widespread implications.

It creates endless problems for the affected card holders from birth to death - getting a birth certificate to enrolling in school, opening a bank account, collecting a marriage certificate and being buried according to the rites of one's own religion are all rendered impossible.

“This is very unfair to the affected MyKad holders. The NRD must promptly review and rectify this. The proposed meeting-cum-dialogue was to educate the (authorities) on the issue from the non-Muslim perspective,” she said.