NO ACTION TAKEN ON SAPP 14 POINT? 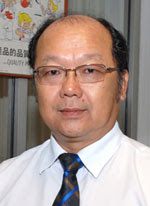 BN had ruled Sabah continuosly for the last sixteen years yet the Home Minister Datuk Seri Hishammuddin said, “perhaps, this was the first time the issue of illegal immigrants in Sabah being looked at in holistic manner...” suggested that the Federal Government had never look at this Sabah problem seriously before.

In fact the Federal and State Government had got all the information and data concerning the issues. As far back as during PBS’s time as state government an amnesty exercise had been carried out and data on the immigrants had been collected.

During BN regularization exercise the National Security Council has had the Indonesian Consulate setting up offices in various parts of Sabah to help process documents for the Indonesian to facilitate them in getting work permits.

At the time the consulate officers from the Philippines Embassy were posted to Sabah to process documents for their citizens. The National Security Council help implemented the exercise and is having all the documents and data with them.

The Special Task Force, the Immigration Department, the arm forces, maritime and joint military task force had jointly carried out one operation after another. They had the experiences, the know-how and the facilities.

They are totally capable of performing their duty. What is really being required is the sincerity and the political will on the part of the BN government to resolve this problem.

SAPP in our 14 points proposal submitted to the Prime Minister and Deputy Prime Minister in 2006 suggested direct prevention action in resolving issue of illegal immigrants.

One of those proposals is to set up a Malaysian Consulate in Zamboanga from where most citizens of the Southern Philippines board their ferry and to where most repartees are sent from Sabah.

And that if there are constraints in establishing a new consulate in the Philippines, then the existing consulate in Davao should be relocated to Zamboanga. This consulate can help to ensure only genuine visitors and foreign workers will be properly documented to enter Malaysia via Sabah.

Numerous memorandums with proposed solutions and comments had been made by various groups and individuals on this pertinent issue. Yet the answer we keep on getting is one study after another. Now the Special Lab had just completed its report and it is State cabinet’s turn to study the report and decide what and how to do.

With all the experiences and information readily available yet the Government is talking like only starting to look and study this problem. It shows that this BN government is not sure of what to do, they don’t seem to have a direction, not serious or they are simply too busy with other matters.