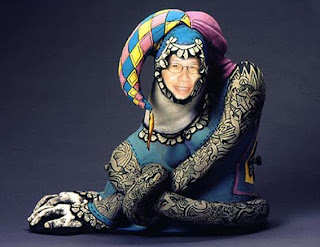 IT has been some weeks since the organisers first huddled together in Kota Kinabalu, almost daily, preparing for the July 31 seminar, Formation of Malaysia, a Promise Revisited, and the Way Forward.

The mood of the collective on the sidelines, according to insiders, has turned distinctly sombre in marked contrast to their light-hearted beginning. ‘Enough is enough’, according to them, ‘after nearly 50 years of Malaysia’.

Researching the many seminar topics, and going forward, the activists from two NGOs the Common Interest Group Malaysia (CigMA) and the Borneo Heritage Foundation (BHF) want to cut the Gordian Knot on the Federation of Malaysia.

They hope the two Borneo states will exit from Malaysia in the same manner that Singapore was ushered out in 1965.

Malaysia is expected to be replaced in Sabah and Sarawak by a loose union of the two states with Brunei and Labuan in a common market with Kalimantan and the 13 provinces - 8 Christian, 5 Muslim in the Philippines south.

The activists see the opposition alliance, the Pakatan Rakyat, as the sword they need to slice the Knot. The Gordian Knot is an intricate knot tied in Asia Minor by King Gordius of Phrygia. It was cut by Alexander the Great with his sword after hearing an oracle promise that whoever could undo it would be the next ruler of Asia.

The plan calls for the Pakatan Rakyat coalition to introduce a "Singapore-style" Bill in Parliament for the orderly exit of Sabah and Sarawak from the Malaysian Federation.

The Bill is expected to have the unanimous support of MPs from Sabah and Sarawak and several other pro-PR MPs in the ruling Barisan Nasional (BN). No MP in Sabah and Sarawak, it is said, can afford to oppose such a Bill and live to fight another day.

The exit of Sabah and Sarawak from Malaysia is expected to pave the way for PR to seize the reins of power in Putrajaya.

The Gordian Knot theory in Sabah and Sarawak politics appears to be a variation, nay a counter-proposal, to Opposition Leader Anwar Ibrahim's still-born Sept 16, 2008, people's revolution to topple Umno from power.

UMNO threw a spanner in the works through Bintulu MP Tiong King Sing who spirited away most of the 57 MPs in Sabah, Labuan and Sarawak to Taiwan for an extended agricultural study tour, an euphemism for the men taking in the fleshpots in Taipei, wining, dining, gambling and shopping till they dropped from sheer exhaustion.

Each of them, it has been reliably learnt, received an ang pow of RM50,000. This was to help them rebuff Anwar's attempts, initially through Jeffrey Gapari Kitingan, who was quite successful in getting the MPs on his aide. Azmin Ali, who took over from Jeffrey at the express instruction of Anwar, turned the MPs against him.

Much water has passed under the bridge since the failure of Sept 16.

The cycle has now turned full circle with the July 31 seminar as a curtain raiser to the first official Malaysia Day on Sept 16 this year. This will be the run-up to the 50th year of the Malaysian Federation on Sept 16, 2013.

The debate for the July 31 seminar is whether the Gordian Knot should be cut before or after the next general election. The five-year term of the current Malaysian Parliament runs out in 2013.

The jury is still out on the debate

The results of the UN Referendum, announced on Sept 16, 1963, found that only a third of the people of both Sabah and Sarawak favoured the formation of Malaysia, it was pointed out.

Yet the departing British colonial authorities and the Malayan Government under Prime Minister Tunku Abdul Rahman (right) "bulldozed" through the formation of Malaysia.

Tunku even went to the extent of pledging in public, and with great vigour, that Sabah and Sarawak were not exchanging, through Malaysia, rule by the British for rule by the Orang Malaya (Malayans).

There would be no re-colonisation, the Tunku thundered as people in Sabah and Sarawak wondered why the results of the UN Referendum were being ignored both by the British and the Malayans.

The British had to leave Sabah, Sarawak, Brunei and Singapore anyway, because that was also the demand of the 24-nation UN Decolonisation Committee where a free but smaller India, after the axing of vast territory to Islamic Pakistan, was a dominating moral force for demolishing the yoke of colonialism.

Won over by Lee Kuan Yew

Malaya, fearing a red Singapore on its doorstep influencing its own significantly pro-communist Chinese, fiercely opposed independence for the city state.

Thirdly, Sabah and Sarawak were urged to participate in the proposed Federation of Malaysia to allow for the merger of Chinese-dominated Singapore with Malaya where the numbers were finely balanced between the Malay and the Chinese, the latter bolstered by a significant Indian community.

Singapore's Lee Kuan Yew won over a doubting Donald Stephens of Sabah and Malaysia went ahead.

The activists believe that Singapore's exit from the Malaysian Federation in 1965 effectively ended the Malaysia partnership. However, while Singapore was locked out, both the Borneo states were locked in.

Stephens' attempts to review the Malaysia partnership, in the wake of Singapore's departure, was resisted fiercely by Umno, the running dogs of British imperialism - as President Sukarno of Indonesia dubbed them.

Stephens was ousted as Chief Minister of Sabah and later packed off to Australia as High Commissioner.

Mustapha Harun, his successor and childhood friend from their Kudat days, was the one who made the arrangements over the objections of the Tunku, who privately dismissed Stephens as ‘that Serani (Eurasian) who cannot be trusted’.

Tunku's remarks come from Mustapha, who was noted for his honesty as a traditional Suluk chief, much as Tunku was for his duplicity and ‘Siamese cunningness’.

Sabahans, to this day, believe that Stephens was assassinated when he made a comeback as Chief Minister in 1976 and refused to sign over Sabah's oil and gas rights in perpetuity to Petronas, the national oil corporation.

Stephens perished mysteriously in an air crash along with most of his new state cabinet on June 6, 1976, the Double Six tragedy.

No person from Sabah and Sarawak has ever been appointed to the Board of Directors of Petronas or its many subsidiary companies.

What takes the cake for Sabah's and Sarawak's eagerness to exit the Malaysian Federation is also a combination of other factors, including the lack of security in Malaysia, their continued colonisation by ‘Malaya’, the Muslim Peninsular Malay hegemony of their states through local proxies, stooges and traitors in perpetuity, the disenfranchisement of the native communities in particular through illegal immigration, the continued loss of their native land to Peninsular Malaysian companies, and overall the grinding poverty which relegates both states to the bottom of the dung heap.