ONE DAY SITTING OR ONE DAY SQUATTING? 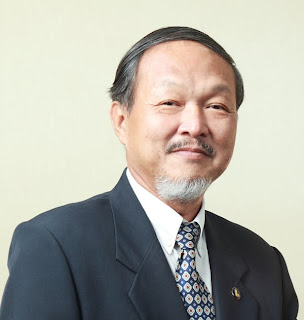 THE Sabah State Assembly sitting for this coming August on the 2nd and the 3rd had already been cut back by one day from the original scheduled three-days sitting.

Dr. Hiew king cheu the Sabah DAP chief said he is very disappointed to see that the Sabah State Assembly sitting had not utilized the time given to fully to address the various problems and issues faced by the people in Sabah.

How can these many problems and issues be discussed and resolved within a two days sitting, and what is the point for the state government to quickly brush and push through important issues like economy, poverty, infrastructure, illegal immigrants, security, and hundreds others matters.

Whether it is true and a fact that the BN representatives have no question to raise or ask in the State Assembly? How can everything be done in just two days of sitting, and this is truly ridiculous and unimaginable?

The very fact is that BN Sabah State Government does not want all these matters to be brought up and their doing being exposed in the State Assembly. The people of Sabah have the right to know and the BN government has to answer the various questions with a true answer.

If there are any new laws, Acts and Enactments, amendment to laws proposed, these should be conducted with full concentration and to adopt all views before it is passed for endorsement and adoption, at least more time should be given to thoroughly debate and digest the matter all over.
The Sabah State Assembly sitting is known to be short and brief over the years, why can this sitting be located more time to allow more members to speak out, especially pertaining matters to their own areas and constituencies.

Sabah DAP urges the Sabah State Assembly to allow more and longer sitting hours in order the various problem of the people in Sabah can be raised and matters get resolved, otherwise the whole sitting will be meaningless and not worthwhile at all, two days is just too short. May be next time is just one-day sitting only.
Posted by sabahkini.net at 20:52