PBS A CLEANING FISH OF UMNO 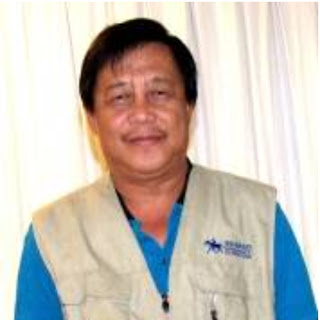 SABAH DAP feels that PBS Information Chief Datuk Johnny Mositun is not been fair to himself, his party and the people of Sabah by referring to the opposition’s statements as unnecessary and unproductive rhetoric seeking cheap publicity. Mositun should look into the mirror as his party PBS was at one moment in time an opposition party.

Sabah DAP would like to remind Mositun that PBS return into BN fold (or bus) was to seek a lasting solution to the problem of illegal immigrants within the BN. It cannot be denied that several task forces or committees were established at Federal level to manage and solve this issue.

Nothing happened. Today, the government has formed a laboratory on how to manage the illegal immigrants. Sabah DAP thinks a ‘laboratory’ is a wrong place to tackle this illegal immigrant problem, the mother of all problems in Sabah.

How long do Mositun and PBS wait to see the end of the illegal immigrant problem? As far as Sabah DAP is concerned, the problem would only ends when every single illegal immigrant is legalized and enters the electoral roll. By then UMNO will be the undisputed dominant political party in Sabah.

This is the time when UMNO will find the other component parties a nuisance in their bus. However, we would expect PBS leaders to stay on the UMNO bus for the comfort and becomes ‘wall paper’.

PBS must answer to the people who have supported them through thick and thin. Since the illegal immigrant is unsolved what is PBS next move? Is PBS willing to disembark from UMNO bus?

PBS return to BN has made UMNO strong. With more than two-third majority in the State Legislative Assembly, UMNO the dominant party in BN has unilaterally ruled Sabah. Their political agenda in Sabah is supported by PBS and other smaller component parties. The leaders are enjoying in a comfort zone and benefiting from projects while the rakyat and their supporters suffer in silent.

Sabah DAP would like to remind Mositun that the PBS learning curve is very shallow when compared to DAP. PBS had enjoyed the limelight for too long and the thought of losing power was unbearable. Thus, PBS was fast to return to BN because it does not have the resilience and persistence of DAP.

PBS leaders were only thinking about themselves. How many supporters of PBS actually benefited from their party hopping back into BN? PBS does not have a spirit and character of DAP. Sabah DAP knows that PBS leaders will benefit much by working like the ‘cleaning fish’ that swim together with the whale.

Sabah DAP sympathizes with PBS for losing power in 1994 through the underhand tactic of UMNO. With their return to BN, we feel that PBS will always be the “cleaning fish” in BN instead of a whale in Sabah water. Sabah DAP urges supporters of PBS to realize this situation as they are the ones that will affect the change and determine the future of ‘Sabah Tanah Air Ku’.