FELCRA SETTLERS TO GET RM400MIL IN DIVIDENDS 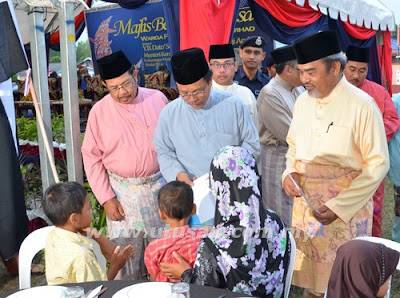 He said the payment would be made beginning next week and the amount to be received by the settlers would depend on their land size.

"The dividend is for the harvest from Felcra's plantations for the first six months of this year," he said at a breaking of fast function with Felcra settlers at Padang Seri Ketumbit Kerdau.

He said the dividend to be paid to the settlers would be lesser that the amount they received last year.

"This is because of the uncertainty in the price of the oil palm commodity in the global market," he added.

Despite that, he expected Felcra to generate income of up to RM800 million at the end of the year, following improvements in its oil palm planting method to increase yield.

He said there were also plans for Felcra to diversify its investments. "Felcra cannot rely on harvests from its plantation alone because it is not like Felda which has vast plantations," he added. - Bernama