WHY NAKED EVERY WHERE?

A NAKED man man sitting on top of a taxi points to the female driver, in the middle of a street in Hefei, Anhui province. The man ran onto a busy street wearing only a pair of shorts, climbing onto cars and smashing windows with his bare fists. He was taken away to the hospital by policeman and doctors after smashing nearly 20 vehicles in half an hour. Police said there was no identification with the man, and he would go through a psychiatric examination to determine whether he was mentally ill, local media reported. 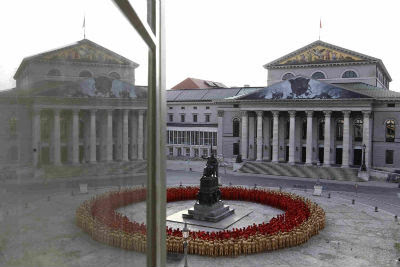 Naked volunteers, numbering around 1700 people, pose for US artist Spencer Tunick in downtown Munich, Germany. The nude models were painted red and gold in an attempt to recreate scenes from Richard Wagner’s opera Der Ring des Nibelungen, as commissioned by the Bavarian State Opera. Tunick is no stranger to nude installations. He did a controversial shoot of 1,000 naked Israelis on the banks of the Dead Sea and 5,200 people on the steps of Sydney’s Opera House.

Cyclists ride nude through central Madrid, Spain during the ciclonudista (nude cyclist) protest against the dangers commuter cyclists face in Madrid, in conjunction with the World Naked Bike Ride. The protest calls on authorities to provide safer cycling routes and for drivers to respect cyclists amongst other demands. 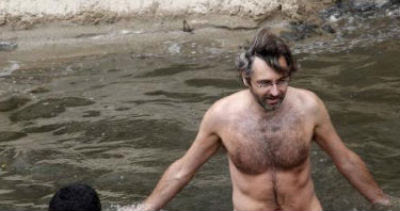 Naked men walk in water coming out of the Aquiris water treatment plant, during the "Big Jump" project in northern Brussels. The green project is aimed at reconciliating people with their rivers in order to encourage support for the restoration of rivers and wetlands in Europe, according to its organisers. 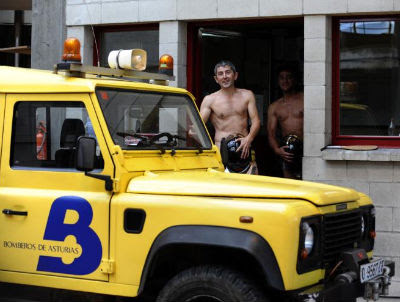 Firefighters walk naked inside their fire station before the start of a demonstration against government cuts in Mieres, near Oviedo, northern Spain. Apparently, the government's spending cuts have left them with nothing...hence their nudity.