LAJIM’S LEAVING NOT A BIG SURPRISE 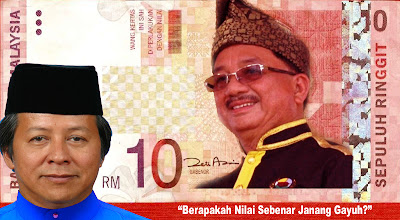 KOTA KINABALU: Foreign Minister, Datuk Anifah Aman said he is not convinced by the excuses given by Deputy Minister of Local Government and Housing, Datuk Lajim Ukin for leaving Umno.

Anifah, who is the Member of Parliament for Kimanis, said he was also not surprised by Lajim’s decision because it had been publicly known for some time before he announced it.

“All this while he has been denying and today he has finally quit which shows the sort of leader he is…As a leader one must be firm and we should know our own objectives,” said Anifah.

He was asked to comment on the resignation of the Beaufort MP from Umno during a breaking of fast at Le Meridien Kota Kinabalu on Saturday night.

“To me this is not a surprise and this is what Datuk Lajim is all about. Last time he ditched PBS after winning the election under the PBS ticket. Many said it was a sacrifice because if not, the BN government would not have existed.

But actually he had his own motives like getting to become a deputy minister,” he added. And I am not convinced by the excuses on why he is leaving, as is reported in the newspapers, that he wants to struggle for Sabahan rights and eradicate corruption among others,” stated Anifah.

However, he said the decision was an individual one and he had the right to leave the party.

“Personally, I am not surprised because I am always close to him but I am a bit different in my political struggle, which is for the people, race, religion and nation. But there are people who join politics for their own personal interest,” said Anifah adding that when their demands are not entertained, “that is what happens.”

Nevertheless, he is confident that the latest development will not create any impact or weaken the Sabah Barisan Nasional (BN) because no leader is bigger than the party.

Under the BN government, the people have enjoyed the benefit of living in a peaceful and progressive country where schools, roads, hospitals are built, he said.

With the impending 13th General Election drawing closer and appearing to be a tightly fought one, he urged Umno leaders to further strengthen solidarity in BN, stay united and work hard to serve the people and “not jump party or criticise the party for what we have gained from the party all this time from former leaders until the era of Datuk Seri Najib Tun Razak.”

“We have to work together to serve the people in line with the Prime Minister’s slogan of People First, Performance Now,” he said.

As a Foreign Minister, Anifah said, he had travelled extensively and after witnessing war and strife in countries in West Asia and North Africa, he believed Malaysians to be very fortunate.

“We must appreciate our leaders and BN from the yesteryears until now for having ruled this multi-cultural and multi-racial country wisely, which is not easy. And we have been praised by other countries telling the world that Malaysia is a role model for a developed and progressive Islamic country,” he remarked.

The departure of one or two individuals will not weaken the party and on the contrary, he believes that there are still many members wanting to continue working to prove that Umno and BN are the best choice to ensure the future of Sabah and Malaysia.

“If we have a clear objective and are sincere, and want to leave the party we must resign and not wait to be sacked.

“If we dislike Umno we should quit straight away and surrender all posts in the government and party. Don’t play the guessing game to confuse the people,” said Anifah in referring to Lajim.

Meanwhile, on the latest development of Malaysian students in Syria, he said the situation in Syria is very tense and dangerous.

“Their safety is more important than education right now. The students can go back after the situation in Syria has returned to normal. Furthermore, the universities will be closed as it is not safe,” he said.

Because of that, Anifah said he had directed the ambassador and officials there to convince the students to be evacuated from Syria similar to what was done during the Egypt uprising.

“There is no reason for the students to remain there because it is not safe and we have made efforts to bring them back,” he said.

Now, there are only seven students still insisting to remain there but that is their own decision, he said.

The ministry did contact them and tried to persuade them that the best solution for them is to leave Syria temporarily.

It has also recalled the Malaysian ambassador and officials because the situation is getting more dangerous.

On another development, he said the nuisance created by some Malaysian pilgrims who staged a demonstration in Mecca had been resolved through the cordial relationship established between Prime Minister Datuk Seri Najib Tun Razak and the Saudi government.

“The Saudi government had praised Malaysian pilgrims for being the best behaved before the incident. And they know it was carried out by those without basis, who are irresponsible and do not respect another country’s laws,” he said adding that actions had been taken to prevent the incident from repeating.