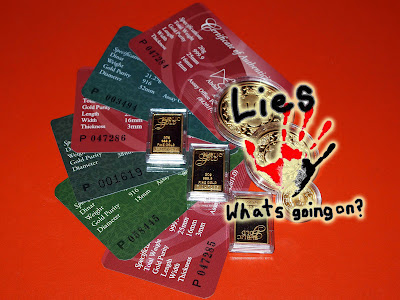 KOTA KINABALU : Sabah Progressive Party (SAPP) Youth Exco Clement Lee told the present UMNO-led BN government, Saham Amanah Sabah (SAS) pay-out with merely as little as 1.5 percent or 1.5 sen per unit which simply lower than the current bank 3 months fixed deposit interest rate ranging from 2.5% or higher for those who purchased at RM1 per unit at the beginning. He replied in the response to the SAS has declared a pay-out with 1.5 percent or 1.5 sen per unit Second interim income distribution for 2012 to 53,895 investors at Daily Express on 28 July 2012.

Please bear in mind that we do not against any payout to the 53,895 SAS investors.

Clement Lee lamented the SAS NAV (Net Asset Value) per unit on a year ago (July 2011) was at RM0.3434 or higher but after one year later it has dropped to RM0.3296 as at 26 July 2012 (http://www.sahamsabah.com.my) which has shown there is no sign of improvement even though with the surge of BURSA indices.

We would like to remind the UMNO-led BN government, the SAS price remained stagnant for the past 15 years after the Asian financial crisis in 1997-1998 but most of the stocks in BURSA and Unit Trusts have been recovered back to its original value or higher today.

This has clearly indicated that the SAS investment team which has appointed by UMNO-led BN government has simply failed in value investing due to poor management planning, incompetency and lack of experiences to elevate the SAS price back to its original value RM1 or higher for the past 15 years even though there is no major financial crisis or economy turmoil during this long period of time.

Additionally, the injection of RM 200 million announced by Sabah CM, Datuk Musa Aman on 2008 into SAS whereby we still couldn’t see any impact and positive sign of recovery of SAS price after 4 years until today 2012. Clement Lee said.

Based on the SAS Annual Report 2011, bearing in mind that the lucrative amount of annual fee amounting to RM6 million (to be exact RM 5,945,858.00) paid to the Fund Manager, someone who should possess the necessary qualifications, expertise and experience, and whose sole responsibility and obligation is to make sure it generates profits from the shares that he or she invested from SAS investors fund.

Clement said SAPP will assist the 53,895 SAS investors to elevate back the SAS price back to its original value or higher when we formed the next Sabah government.
Posted by sabahkini.net at 18:27