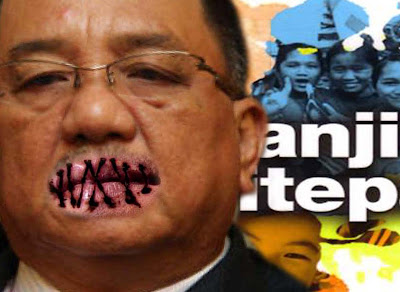 KOTA KINABALU : Datuk Seri Lajim Ukin has declined to comment on revocation of his appointment as Deputy Minister of Housing and Local Government effective immediately.

"I have no comments for the time being and will issue a statement at a suitable time," he said in a brief statement here today

It was made under Clause (3) Article 43A read together with Clause (5) Article 43 of the Federal Constitution.

The Sabah veteran politician who also quit as Beaufort Umno division chief however remained a member of Umno.

"The Yang di-Pertuan Agong acted correctly. Now the prime minister has to study the scenario and decide to leave the post vacant or fill it."

Abdul Rahman who is Member of Parliament for Kota Belud said Lajim should not criticise Umno but still remain a party member.

Parti Bersatu Sabah (PBS) information chief Datuk Johnny Mositun said it is the prerogative of the prime minister to appoint or revoke the appointment.