SLASHING DUTIES AND TAXES ON CARS. 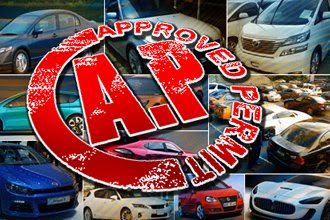 PAKATAN Rakyat is committed to reduce the current household debt which at present hovering at 76% of the Malaysian GDP – Gross Domestic Product. This is evident  by Pakatan Rakyat pledging in election manifesto revealed by Rafizi Ramli PKR National Strategic Director in reducing the duties imposed on car once Pakatan Rakyat is in power.

At present the excise & duties imposed is as high as 105 per cent that have caused Malaysians to bear some of the highest sticker prices in the world. This has resulted in about 20 per cent of the RM581 billion total household debt in the country last year being held in cars, an asset that depreciates over time.

By reducing excise and taxes on cars , this will help to stimulate the economy by boosting disposable income and reducing household debt burden.

Malaysians are currently paying eye-watering excise duties of between 65 and 105 per cent on cars they buy on top of 10 per cent in sales tax, which means that if a Malaysian consumer pays RM100,000 for a car, as much as RM55,000 goes to the government.

The duties are a lucrative form of revenue for the federal government but have also helped push up household debt levels in Malaysia which, as a percentage of GDP, are the second highest in Asia.

Apart from the duties, a system of APs is given to a select number of companies and car importers, allowing them to bring in cars and charge up to RM40,000 for the permit to the customer.

According to Dr Roland Chia , this is not a populist manifesto because many local economists have given the thumbs up to this move of slashing hefty excise and taxes on cars. With regards to Proton of losing the protectionism status, Dr Roland Chia argued that such a move would actually force Proton to perform better and have better corporate governance in rolling out and promoting their cars both in the domestic and international market.

“Cutting taxes would mean better allocation of resources and consumers could spend more on other things which would have some stimulating effect on the economy.”

There must also be measures and reforms in addressing  any abuses in the AP (approved permit) system as well as other mitigating measures to control the current high rate of congestion on Malaysian roads.

The senior economist suggested one way was to shift the tax to the petrol pump so that consumers are taxed by how much they drive rather than on the car itself. Such a move could also help boost the usage of public transport.

Another economist - Wan Saiful Wan Jan, chief executive of the Institute for Democracy and Economic Affairs (IDEAS), said the proposal to cut high auto duties was overall beneficial to the public. He noted that objections to such a proposal appeared to put the welfare of companies above that of the wider public.“The problem we have is that Malaysia practises state capitalism,” he noted.

Dr Roland Chia concluded and lamented that – the BN mentality and typical thinking is that it is not about the rakyat but about how it will affect the local car companies. The other issue being the differential in car prices in West Malaysia and East Malaysia due to the injustice Cabotage Policy. (PKR Media)