IS THIS HOW ANWAR MOVED HIS MONEY AROUND IN THE 1990S? 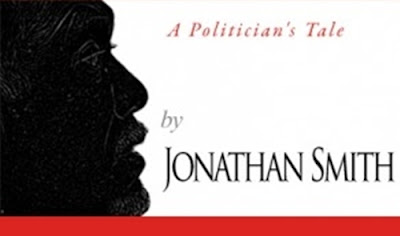 WE reported last week on the fifth chapter of the so-called 'I-Files', a blog written by a mat salleh businessman (or spook?) who claims to be an ex-pat who has been living in Malaysia over the last three decades. In the last two chapters, the author, a 'Jonathan Smith', has fleshed out claims about Datuk Seri Anwar Ibrahim's financial empire, beginning with his time as Finance Minister and continuing into his climb up the Umno ranks.

We were pleasantly surprised to discover that Smith's long absence between Chapters Four and Five was an aberration, as Chapter Six was added in the last few days. In it, Smith continues his allegations about Anwar's financial empire -- an empire, he alleges, built by way of money laundering, and created for the purpose of helping Anwar to finance his political ambitions.

Smith now continues his story, still using Datuk Abdul Murad Khalid's statutory declaration as a sort of counterpoint. He claims that contrary to the belief that Anwar kept master accounts at Bank Negara, the truth is that it was senior Bank Negara officials helped Anwar by facilitating huge capital flows in and out of Malaysia over the years. What is remarkable about this portion of the allegations about Anwar is that this time Smith offers names of specific banks and entities, as well as a specific transaction as proof:

A small part of the so-called 'sucking sound' as funds were drawn into Malaysia for Anwar's political moves -- this one in 1997 -- began movement from four different banking centres: Washington, DC, Tel Aviv, Riyadh, and Hong Kong. Bank Negara, in Smith's telling, was used to facilitate the movement of Anwar's money, not to hold it.

The money passed -and grew - through a series of offshore entities with names like 'Black Rock Capital Advisors and Investment Partners, LLC' and 'Pitch Marble Holdings' (Anwar was allegedly a big fan of names like 'black rock' - perhaps an allusion to the Black Stone of the Kaaba?) before finally ending up in what the narrator claims was one of the most sophisticated banking centres in the world.

Smith claims that Anwar used Israeli, American, and Hong Kong investment vehicles to grow his funds, before funneling them through a network managed by veterans of the notorious Bank of Credit and Commerce International -- which in the 1980s had been a funder of everything from terrorism to CIA operations. BCCI was shut down in the early 1990s after a series of financial scandals.

Smith alleges -- and there appears to be independent confirmation of this -- that a number of the executives from the BCCI team survived after closure and went into hiding, acting as a secret banking service for the wealthy and powerful. They were, the author says, part of Anwar's alleged "Pakistan connection."

The BCCI network, Smith claims, was used by Anwar after he was introduced to it by his former Pakistani-American speechwriter, Munawar Anees, and his ghostwriter, Faiz Abdullah," as well as Americans such as Anwar's friend Paul Wolfowitz.

It is here in the channelling of money back from foreign banks and into Malaysia to fund political purposes that Smith purports to tie Anwar's transactions to Murad's statutory declaration:

"Once all of the funds for this transaction were present, the entire amount was wired to Bank Negara. From there, it made its way out to some of the people identified in Murad's affidavit. Anwar was never mentioned by name in any of the wires. Many of the institutions shut their doors not long after making a transaction. If one opened and closed a company in an offshore paradise fast enough, it wouldn't even make it into any online listing, especially if the activities took place before the invention of Google. Most of those countries prided themselves on eliminating their paper records as well."

Beyond simply tying Anwar's alleged largesse to the well-known rumours of money politics during Anwar's election as Deputy President of Umno, and his attempt four years later to usurp Tun Dr Mahathir Mohamad, Smith alleges that the money was also used in one of the most important endeavours imaginable: Improving Anwar's image.

In this, Smith points to Paal and the Asia-Pacific Policy Centre, both of whom feature prominently in Murad's statutory declaration; to the Institute of Strategic and International Studies and its late CEO, Tan Sri Dr Noordin Sopiee; and to transactions involving the Malaysian media.

Smith is unsparing with this, alleging that Anwar used events connected to the APPC and ISIS to dupe Western politicians and media into believing he was the one true saviour of Malaysia; and that he used cronies to take control of the New Straits Times, the Malay Mail and TV3.

It is worth noting that APPC and Douglas Paal were apparently grilled before the US Congress and admitted to treating Anwar as a 'client', and when Anwar was sacked, the New Straits Times, the Malay Mail and TV3 went through large organisational changes.

Smith puts more documents into this chapter, and it is worth viewing them, as they appear to be snippets of alleged foreign government reports on Anwar and his money.

The author promises at the end that the next chapter will be "the real story of Anwar's ties to Turkey." If this is as detailed as the story on Anwar's financial empire that's worth as much as RM4.5 billion, then more skeletons are sure to come tumbling out.

The time has come for Bank Negara and the Malaysian Government to investigate Anwar's global financial dealings, as Smith's allegations are serious and very specific. With these new details in the hands of investigators, surely a probe into Anwar's financial empire is in the national interest.

The de facto Opposition leader will no doubt claim a political motive for any financial investigation in the lead up to GE 13, but the Malaysian public deserve to know the truth. (The Choice)
Posted by sabahkini.net at 06:10