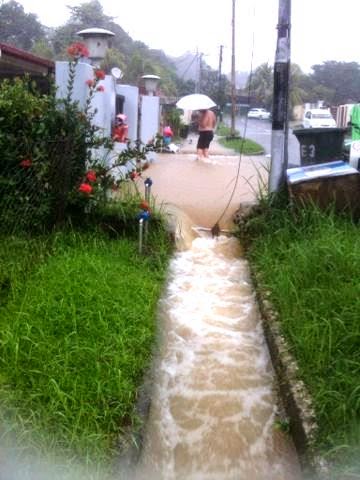 Blockage underneath caused flooding into houses

The concrete driveway constructed without an opening for the purpose of cleaning of blockages underneath it, is causing serious flooding to a few houses in Taman Century in Luyang. 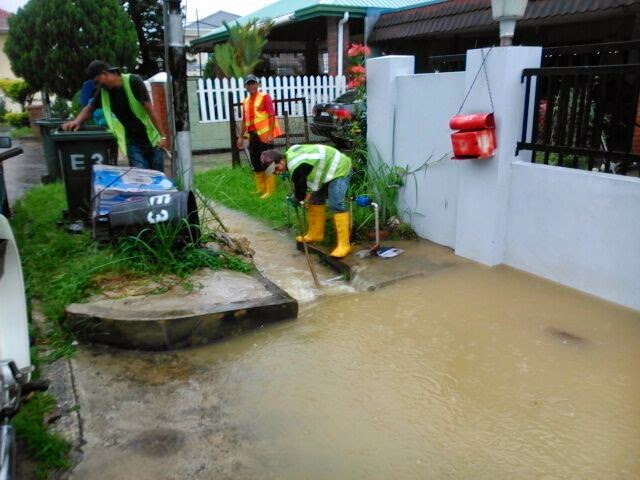 DBKK contractor clearing away the old formwork and blockage.

Adun Luyang Hiew King Cheu went for the inspection and found it is necessary to clear the blockage immediately, and he has informed the DBKK maintenance contractor to attend to the matter. The blockage was cleared shortly and it is due to some old formwork left behind during the construction of the driveway.

Hiew advices the people be more considerate, and not to leave behind any formwork after constructed their driveway. At the moment, there are many concrete driveways being constructed without leaving any drain cleaning access openings.