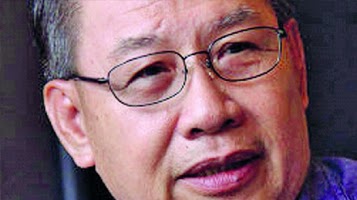 PBS is at a crossroads and will stand or fall by what they do with the Report.

KOTA KINABALU: Parti Bersatu Sabah (PBS) deserves every support for lodging police reports on the contents of the Royal Commission of Inquiry (RCI) Report released last Wednesday, according to one of its founder leaders Jeffrey Kitingan. “Let’s give them the benefit of the doubt.”

“This is a contrast compared with Umno leaders in Sabah who are aiding and abetting the Malayan leaders to continue to strangle and control Sabah as an internal colony,” said Jeffrey who is also Bingkor Assemblyman and Star Sabah Chief. “They even blame Sabahans for the illegal immigrants being given ICs and entering the electoral rolls.”

It is not surprising therefore that the consensus of public opinion is that Umno cannot be trusted to look after Sabah’s rights and interests, he added. “Sabah Umno leaders are viewed as proxies and stooges of their political masters in Putrajaya.”
“Many Sabahans are clamouring for the rejection of Umno in Sabah as they have done in Sarawak.”

Jeffrey sees Umno being booted out from Sabah “as the only way to stop the internal colonization of Sabah and the rape and pillage of its oil, resources and revenues”.

“It will also stop the racial and religious dirty politics being imported from the peninsula to disrupt, divide and damage the harmonious multi-ethnic and multi-racial way of life in idyllic Sabah,” he said.

The stage is now set in the wake of the RCI, he continued, for the right things to be done or not done in Sabah by the federal government and PBS.

“Will the federal government and the Home Ministry go after the culprits behind ‘Project IC’ or ‘Ops Durian Buruk’ that has critically damaged Sabah and sold out the country?” he asked.

“Will they arrest the culprits involved and hang them for treason as PAS Sabah has demanded? Or will they instead carry out their threats to arrest Sabah nationalists and activists who are raising rights issues?”

PBS, he warned, is at a crossroads and will stand or fall by what they do with the Report and the management committee on the RCI Report headed by its President Joseph Pairin Kitingan.

Jeffrey, the then Director of the Sabah Foundation, co-founded PBS in 1985 together with Pairin but did not join the party until early 1994 when he was released from detention without trial, under the draconian Internal Security Act (ISA), just in time for the state election.

He won the Bingkor state seat in that year on a PBS ticket and was sworn in as a Senator and Deputy Federal Minister when he left the party. He resigned from both posts two months later.

Jeffrey has been in and out of PBS at least three times. (Free Malaysia Today)