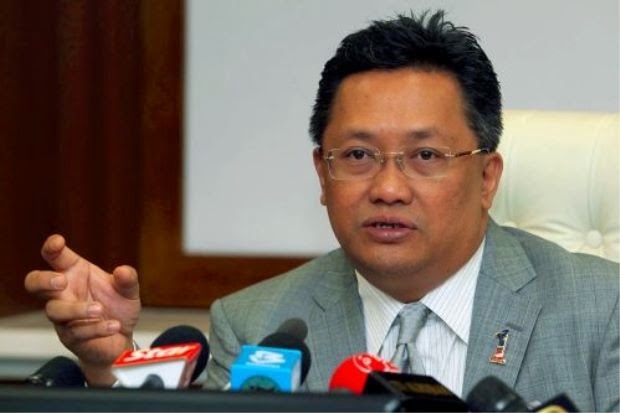 The invitation by several NGOs, activists, and Sabah’s opposition lawmakers for me to attend the RCI Debate last night is mischievous in its intention.

At this juncture, after decades of not having effective solution on this issue, I think Sabahans are now more interested and craved for substantial steps forward - earnest and frank discussions without resorting to rhetorical argument.

For decades the opposition leaders of Sabah have been using the samemodus operandi: They will bring out the anger in you, flare up the emotion in you and when you are all euphoric about it, they will leave you high and dry only to fall flat-faced on the ground. Thus leaving you exasperated and frustrated because they could not provide a doable and practical solution.

Sabah’s opposition leaders, like Dr. Jeffrey Kitingan and his circle of political affiliates, will readily label anyone a “traitor” or “lackey of Malaya” whenever anyone speaks different views from theirs.

I stand by my contention that in as far as illegal immigrants in Sabah are concerned, we must frankly start taking a broad-based approach, for example how are we going to reduce our dependency on foreign labour in the plantation, construction and service industries or how do we stop them from forming illegal colonies in our own backyard.

These problems need different diagnoses and prognoses - these problems are pertinent and inter-related to the illegal immigrant conundrum in Sabah. That is why it is imperative that we must broach this subject with a more holistic and rational approach.

In addition, to move forward the rakyat must be given unshaken confidence that the government’s comprehensive plan to secure its porous borders and the government’s guarantee that there are no more leakages in our NRD system are working as promised.

While playing political one-upmanship may be irresistible to the opposition, we have chosen instead to solve the problem at hand constructively. We will not be dragged into lowly shouting matches – futile debates that are long on anger and rhetoric but short on solutions and substance.

To achieve a more practical solution to the issue, we have decided to hold forums and public discourse all over Sabah without the usual emotional overbearing. These forums and discourse will be chaired and panelled by intellectuals and experts who have balanced views. Of course, we will give Sabahans living abroad the opportunity to be involved in the discourse by hosting forums overseas too.

The BN leaders and I will not be lured to dance to the opposition’s tune. My job and that of my colleagues’ is not to convince the likes of Jeffrey Kitingan and Lim Kit Siang. Our job is to convince the people because that is what matters most.

(Minister of Urban Wellbeing, Housing and Local Government; Secretary, Barisan Nasional Sabah and Member of Parliament for Kota Belud)
Posted by sabahkini.net at 02:07