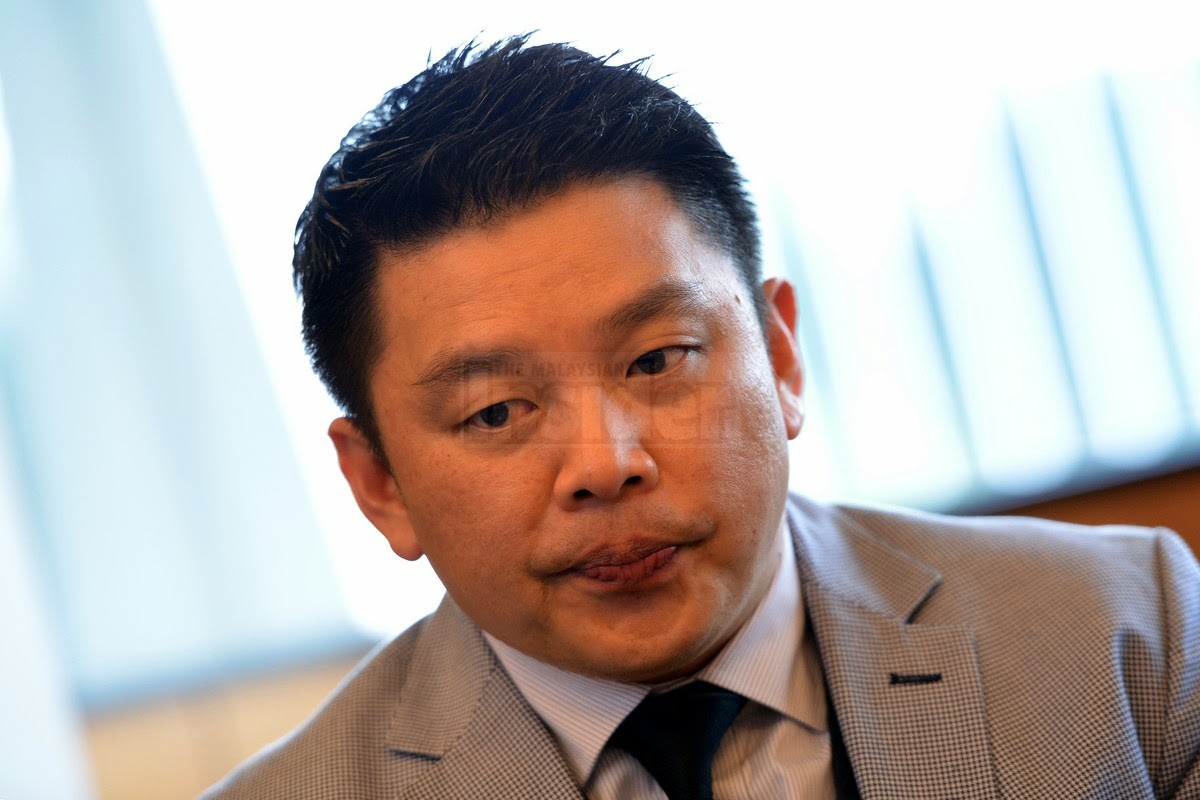 Penampang MP Darell Leiking dimisses the relevance of a comittee headed by PBS chief Tan Sri Joseph Pairin Kitingan that has been given the responsibility of solving the issue of illegal immigrants in Sabah. – The Malaysian Insider pic.

Putrajaya must convene Parliament to discuss the "Project IC" in Sabah report that blamed foreigners getting citizenship on syndicates and corrupt officials.

Opposition federal lawmaker Darell Leiking said Putrajaya should convene an emergency Parliament meeting to debate the Royal Commission of Inquiry (RCI)'s findings on illegal immigrants in Sabah after it found the existence of a syndicate bringing foreigners into the Borneo state.

The Penampang MP said there are a whole lot of questions which needed answers, such as the names of the syndicates or government officers involved in this matter.
Leiking, who is from PKR, said he could not accept the findings of the report, which stated that the massive influx of illegal immigrants in Sabah is due to the work of a syndicate.

"The taxpayer money has already been wasted by this RCI and thus, I believe, before we embark into another wasteful endeavour as to what the so-called solution to the problem is, Parliament must deliberate on this first," he said in a statement today.

The first-term MP said some state BN leaders would have to swallow the "bitter pill" and explain to Sabahans who had been angry for years over the claims that migrants were being given citizenship in exchange for votes for BN, the ruling party under a scheme known as "Project IC".

"Honestly, would any of the Sabah BN component party members believe the findings of the RCI? No one will," he said, adding that most of these leaders have voiced objections over Project IC and the high number of foreign immigrants in the Sabah.

Darell was dismissive of the committee headed by Tan Sri Joseph Pairin Kitingan, who is tasked with coming up with concrete solutions to tackle the issue of foreign illegal immigrants in the state.

"What more could we ask from the committee that he will chair? Will we see another disappointment when that committee ends up with no power and is only able to make recommendations?" he asked.

Meanwhile, electoral reform group Bersih 2.0 questioned why the report was only made available for the public at two places in Malaysia.

Its chairperson Maria Chin Abdullah said the report should be made available for free in all states instead of just being sold at the Sabah Federal Administration building and the One Stop Centre at Home Ministry in Putrajaya.

"Why are there no soft copies? Why isn't it sold in other states? The accessibility of the report is not people friendly. They should make it available online for free.

"This raises the question why the government is making is so hard for the public to have access to the report. It looks like there is no sincerity to share the report with the public," she said.

Reiterating Bersih's call for the report to be debated in Parliament, Maria said she did not understand Putrajaya's reluctance to do so.

"Why are other RCI reports tabled and debated in Parliament and not this? Why is the process different this time?" she asked. (The Malaysian Insider)
Posted by sabahkini.net at 12:36