RCI IS A COMPLETE DISAPPOINTMENT! 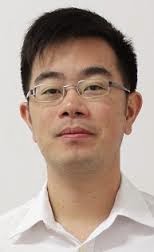 
Shocking revelation by YB Lim Kit Siang that RCI report was incomplete over 5,000 pages missing came as a complete insult to  the intelligence of the genuine Sabahans.

First of all with the notes of evidence, statutory declarations, exhibits apparently completely omitted from the RCI report.

"Is the Federal Government really sincerely concerned about Sabahans welfares as far as illegal immigrants issue is concerned ?

Does PM Najib possess the strong political will to address and resolve this long perennial illegal immigrant issue ?" Junz questioned.

Junz Wong who is also DAP Sabah Organizing secretary called on Sabah government to reject this RCI report and push for further revelation of the entire RCI findings. Junz also echoed the call for emergency sitting in Sabah State Assembly to debate on RCI Report.

"Tan Sri Joseph Pairin, being the one appointed in the RCI report working committee, should call for emergency meeting to address this RCI report and the illegal immigrant issue.

Many days have passed since the release of the RCI report and what happened to Tan Sri Joseph Pairin and his working committee?

Will his RCI Report Working Committee reject this "whitewashing" RCI report and demand full release of over 5,000 pages?" Junz asked.

Many have commented that the months long RCI process would be a total waste of public fund if it didn't reveal the missing pages especially the note of evidences and so on.