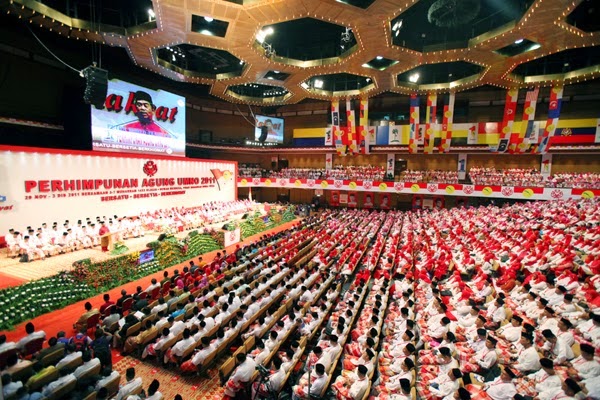 Umno Supreme Council Member Puad Zarkashi has urged the Home Ministry and the Malaysian Communications and Multimedia Commission (MCMC) to investigate the masterminds behind Free Malaysia Today, The Malaysian Insider and MalaysiaKini, which he said are fuelling an internal crisis in Umno.

Batu Kawan Umno vice-chairman, Khairuddin Abu Hassan, responded to this by saying, “Ow! Stop tickling me, Puad Zarkashi. No one can split Umno if the party has leaders of quality, particularly those who champion the people.” Khairuddin added that any crisis in Umno could only be because of a weak party leadership.

This public debate between Puad and Khairuddin is just one more of many that have cropped up of late. It appears like the opposition need not do anything any more. All they need to do is to sit back and allow the Umno leaders to slander each other.

There are many issues more important than fighting one other.In Penang,33 Indians were detained on allegations that they were planning to start a riot during the Thaipusam celebrations.

This is very alarming and is a matter that should not be taken lightly. Any riot in Penang will very quickly spread to the rest of Malaysia and without laws such as the ISA that allow for pre-emptive detention the authorities would be hard-pressed to act until it is too late.

Chinese Muslim preacher Ridhuan Tee is also not helping with his fiery and very inflammatory statements. This just raises the sentiments of the people even further and fuels the hatred that already exists between some Malays and non-Malays. Religion is a very dangerous weapon to use and once conflict is triggered it is very difficult to stop it.

Take the religious conflict in Serbia and Bosnia as one example. That was a conflict that started 500 years ago during the time of the Ottoman occupation of the Balkans and it never went away. It just simmered below the surface for hundreds of years until it exploded with a great loss of life.

In fact, it may even be time for Barisan Nasional and Pakatan Rakyat to sit down and discuss how they can mutually work towards promoting national unity. This is something that is greatly needed and should not be neglected for the sake of internal party squabbles or inter-party rivalry.

I am just grateful that the people of Sabah and Sarawak and more level headed than those from West Malaysia and it is right that people like Ridhuan Tee are banned from coming to East Malaysia. (sskeruak.blogspot.com)
Posted by sabahkini.net at 15:52