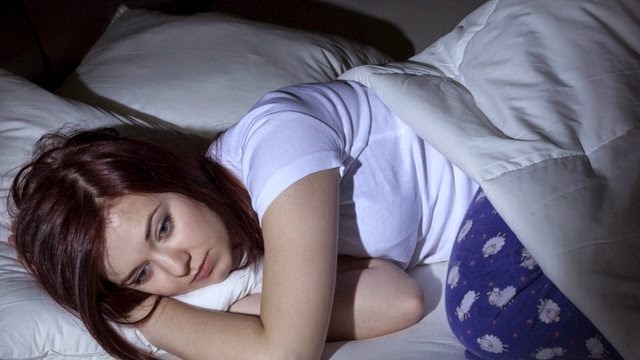 Poor sleep in teenage years could be an early warning sign for alcohol problems, illicit drug use and "regretful" sexual behaviour, research suggests.

US scientists found adolescents with bad sleep habits were more likely to engage in risky behaviour in the years to come than those who slept soundly.

Writing in the journal Alcoholism: Clinical and Experimental Research, scientists analysed data from more than 6,500 adolescents in the United States.

They tracked sleep patterns, alcohol and drug use through a large nationwide survey conducted in three waves between 1994 and 2002.

People who slept badly when first questioned were most likely to have alcohol and drug problems at that time.

But researchers also wanted to tease out whether poor or insufficient sleep were independently linked to the development of such problems in later life.

Teenagers who reported trouble going to sleep at least once a week were more likely to binge drink, engage in sexual behaviour that they later regretted when drunk or take illicit drugs in the years to come.

And the worse the sleep problem, the stronger the link seemed to be. Those who found it difficult falling sleep almost every day were 33% more likely to experience these issues than teenagers who found it easy to drift-off.

Researchers found the fewer the hours of sleep adolescents reported on average, the greater the odds they would subsequently experience a host of problems, including relationship issues triggered by alcohol misuse.

But an extra hour of sleep seemed to offer some protection - each additional hour was linked to a decrease in the odds of binge drinking.

Prof Maria Wong from Idaho State University, who led the project, told the BBC: "Most of the time we don't think sleep is important. But our results show sleep is a good marker of some serious later problems.

"A lot of parents don't monitor their adolescents' sleep schedules and let them make their own decisions about when to go to bed.

"But parents need to start talking to their teenagers, not just about grades and extra-curricular activities but about sleep too. And they must get help if needed."

Independent sleep researcher Dr Neil Stanley, said: "Even without a medical condition such as insomnia, many teenagers get less sleep than they need each night just because life - computers etc - getting in the way.

"But this study builds on previous research that shows a lack of sleep can seriously impair judgement.

"And this is particularly important for adolescents who are more prone to risk taking and willing to experiments with alcohol and drugs." (BBC News)
Posted by sabahkini.net at 13:53