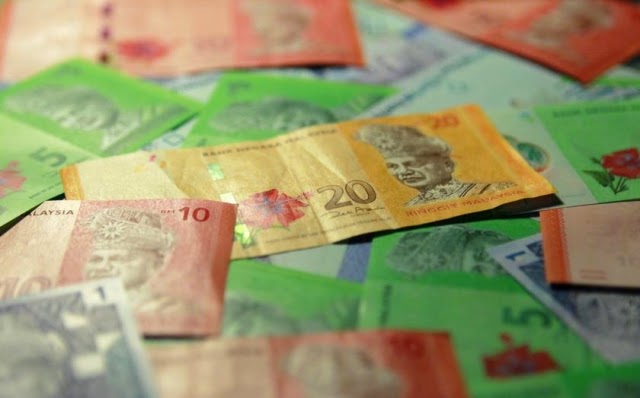 KUALA LUMPUR, Jan 29 — Malaysia’s ringgit extended losses as this month’s worst-performing Asian currency on concern a protracted drop in crude will weigh on the oil-exporting nation.

The currency declined for a second day and reached a new 2009 low after Brent slid 2.3 per cent overnight on a report showing US oil stockpiles climbed to the highest level in weekly data going back to 1982.

Malaysia kept borrowing costs at 3.25 per cent yesterday even as central banks around the world eased monetary policy amid slowing global growth and falling consumer prices. The nation’s 10-year government bond yields headed for the biggest monthly decline since 2008.

“The ringgit is weakening on concern crude oil will fall further after the US record inventory report,” said Nizam Idris, Singapore-based head of foreign-exchange and fixed-income strategy at Macquarie Bank Ltd. “There is also growing pressure on central banks to ease monetary policy and Malaysia is probably doing so via weakening the currency.”

ING Groep NV cut its year-end forecast for the ringgit to 3.78 a dollar from 3.68, after Singapore’s central bank unexpectedly eased policy yesterday via its currency band.

Bank Negara Malaysia’s decision to hold the benchmark rate was predicted by all 19 economists surveyed by Bloomberg. The policy stance is accommodative and appropriate given the developments in monetary and financial conditions, the central bank said in a statement yesterday.

Datuk Seri Najib Razak last week reduced the country’s 2015 growth forecast to 4.5 per cent to 5.5 per cent from as much as 6 per cent earlier due to the drop in oil.

The yield on the nation’s 10-year sovereign bonds was little changed at 3.86 per cent after yesterday dropping six basis points, or 0.06 percentage point, data compiled by Bloomberg show. The yield has fallen 29 basis points this month, the most for a benchmark of that maturity since December 2008. — Bloomberg
Posted by sabahkini.net at 15:09