Ex-home ministers should clear the air over letters to FBI, says DAP 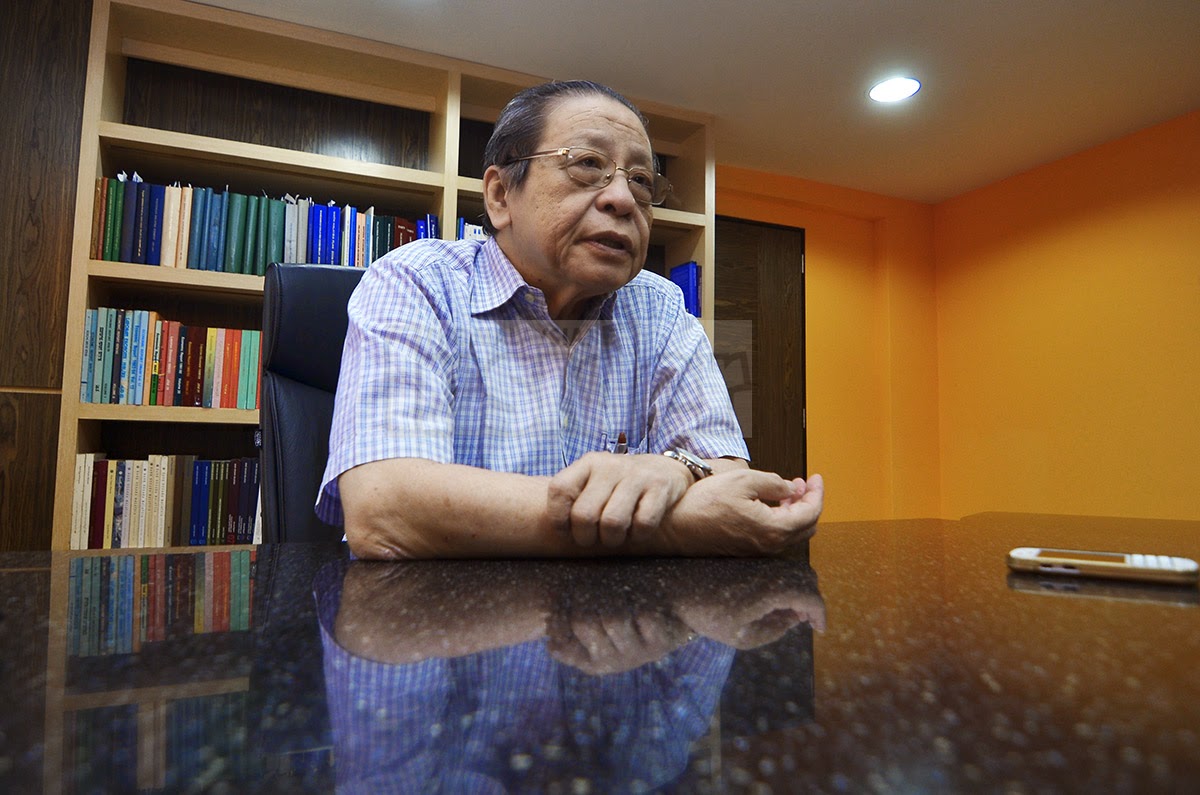 DAP parliamentary leader Lim Kit Siang says all former home ministers must speak up and clear the air on whether they had sent any letter to the FBI. – The Malaysian Insider file pic, January 24, 2015.

DAP has urged all former Malaysian home ministers to disclose whether they had ever issued clarification letters to the Federal Bureau of Investigation (FBI), after Datuk Seri Ahmad Zahid Hamidi said his action of sending a letter to clear gambling kingpin Paul Phua was nothing new.

"It is up to the three previous home ministers serving from 1999 to 2008, i.e. Datuk Seri Mohd Radzi Sheikh Ahmad, Datuk Azmi Khalid and Tun Abdullah Ahmad Badawi to step forward and clear themselves.

"The trio should speak up as elder statesmen to clear the air and not behave like fugitives from justice seeking refuge from the truth as if they had done a great disservice to the nation," said Lim in a statement.

On January 15, Zahid, who is the current home minister, said he had the authority to send letters to the FBI, adding that his predecessor had done likewise. Zahid, however, did not identify the person.

Zahid said this after coming under heavy criticism for his letter to the FBI denying that Phua, who was charged in the US for illegal betting, was a member of the 14K triad.

His letter to the FBI, which was revealed by the South China Morning Post, highlighted Phua's assistance to the Malaysian government on matters of national security.

However, Syed Hamid, who was home minister from 2008 to 2009, said while it was common for governments to write letters to one another, he had never written to any other foreign agency.

Hishammuddin, who succeeded Syed Hamid and is Zahid's immediate predecessor, also denied having letters sent unilaterally to the FBI.
Lim said today it was crucial for all previous home ministers to set the record straight on the issue, for the sake of national interest and to prevent any stain on their record.

"Radzi, Azmi and Tun Abdullah would not be doing themselves any service by keeping mum on their record as home minister (on) whether they had written unilaterally any 'clarification letter' to the FBI, not only contradicting the police force but without the knowledge of the police, the foreign ministry or even the Cabinet.

"In other words, whether Radzi, Azmi and Tun Abdullah had, like Zahid, been 'rogue' home ministers, acting unilaterally (in) writing to the FBI, without the knowledge of the police, the foreign ministry or the Cabinet."

Lim also questioned whether the Cabinet would revisit Zahid's "tissue of lies" and consider taking action against him during its meeting on Wednesday.

The Gelang Patah MP said Zahid, once a political heavyweight, had lost his credibility as a senior Umno political leader and a professional minister of a leading and important portfolio.

"He did even more damage to his political and ministerial credibility by taking the entire Cabinet and the literate Malaysian population as fools when he brazenly insisted that his unilateral, unauthorised, infamous letter to the FBI did not vouch for the character and integrity of an alleged gambling kingpin."

Last week, Zahid said he had explained the matter to the Cabinet and his colleagues were satisfied.

Zahid had said his letter to the FBI was not a government-to-government matter but was sent at the request of Phua's lawyers in the US.

The home minister had added that the letter was not meant to defend Phua who is facing trial in the United States.

He had said the government would never support any individual, including Phua, if they were found to be involved in organised crime. (The Malaysian Insider)
Posted by sabahkini.net at 13:27