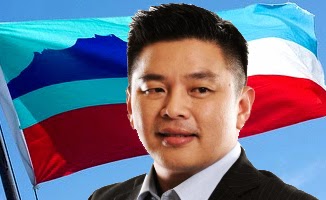 The Orang Asal would never want to be associated with the so-called Rumpun Melayu (Malay Group).

KOTA KINABALU: Penampang MP Darell Leiking wants the Sabah Government to urgently check whether the Statistics Department is re-classifying “Malays” in Sabah as “Bumiputera Lain” and subsequently placing them under the Orang Asal category – KadazanDusunMurut – and/or local Bajau and local Suluk.

“This is a very important matter for the Sabah Government to look into as it may be related to so many important issues in the state such as tainted electoral rolls, Project ICs and security, among others.”

Darell alleged that the trend can be seen in the figures of the Statistics Department for the years 2000 to 2010 for example. “I have gone through the figures.”

“I invite and call upon anyone especially retired Government officials from the Health Department, the Immigration Department and the National Registration Department to provide any evidence which could shed some light on this anomaly.”

This is the only way for us to save and protect Sabah’s sovereignty, he added in a statement.

The Orang Asal, he continued, would never want to be associated with the so-called Rumpun Melayu (Malay Group).

So, within the period of 10 years (2010-2020), could it be that there is a ploy to stop using “Malay” as a race in Sabah to secure the existence of Project IC holders by slowly ‘assimilating’ them instead under other categories?” he asked.

“If this allegation of ‘reverse assimilation’ turns out to be true, then the Orang Asal are in grave danger since there will be a covert attempt to modify its culture and identity which have been fiercely protected all the while by the cultural organisations representing them and the other major ethnic groups.”

The question is how the classifications at the Statistics Department will be reflected in the details in the MyKad, for example, or the electoral rolls.

The definition of Malay under Article 160 of the Federal Constitution is as a Muslim nation, albeit without a state, habitually speaking the Malay language and practising Malay culture, customs and traditions.

It was the British who codified the term Malay in the peninsula to refer to squatter colonies of Bugis, Javanese, Minang, Acehnese and other Muslims who used the Malay language, the lingua franca of the Archipelago, to communicate with each other.

The British created reservations – tanah Melayu — to get them out of the way so that they could plant rubber and mine tin.

These reservations, created by gazette – and therefore untitled — in Orang Asli country, followed two British wars with Bangkok to hack away the southern half of the Kra Peninsula – subsequently called the Malay Peninsula — from the Siamese kingdom. (Free Malaysia Today)
Posted by sabahkini.net at 13:33