The opposition opposes for the sake of opposing 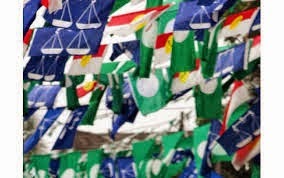 The opposition wants the government to do away with the ‘lain-lain’ column in the race category on government documents. This is what the opposition has been demanding for some time now, in particular the DAP. They do not want government forms to stipulate the race of the person as they feel it is a racial discrimination policy.

However, this idea is being met with mixed reactions. While some welcome it, others are a bit concerned about it and do not think it is a good idea as it will ‘wipe out’ the ethnicity of that person.

We cannot always have it both ways. And this is the problem with the opposition. They criticise the government and demand that the government do certain things but when the government meets these demands they are still not entirely happy.

Take the price of fuel as one example. The opposition is not happy with the government subsidy on fuel and demands that it be removed as it benefits the rich more than the poor since the rich have more cars and burn more fuel -- hence they benefit more.

So what does the opposition want the government to do, subsidise the petrol station operators with taxpayers’ money so that they can make money and not face a financial crisis?

This is what happens when the opposition opposes for the sake of opposing and adopts the mentality of everything that the government does is wrong. And we must also understand that there is no ultimate solution. When we solve one problem we trigger another. So one solution to a problem only creates another problem.

Malaysians lament about the dangerous racial politics that Malaysia is suffering from. At the same time Malaysians do not want detention without trial or the Sedition Act. Instead they want absolute freedom of speech.

But is not unrestricted speech the cause of all this? When people can say what they like this triggers conflict. Hence Malaysians have to decide whether they want absolute and total free speech and run the risk of racial conflict or laws that control what you can and cannot say. (sskeruak.blogspot.com)
Posted by sabahkini.net at 14:30