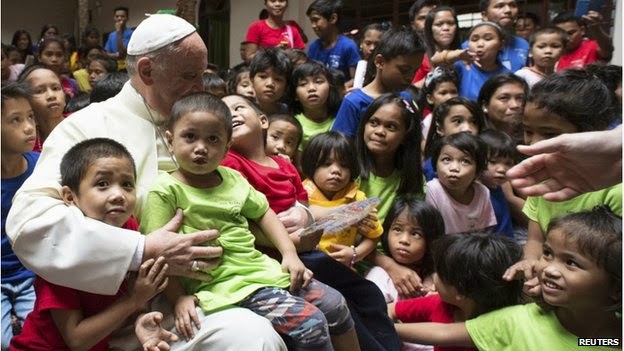 The government in the Philippines is facing calls for an inquiry after it admitted relocating homeless people temporarily during Pope Francis' visit.

Social welfare secretary Corazon Soliman said that nearly 500 people were taken from the streets of Manila to an upscale resort in the outskirts.

House of Representatives member Terry Ridon called for an inquiry, saying the move was a "clearing operation".

Pope Francis arrived in the Philippines last week and left on Monday.

Mr Ridon said the government relocation scheme was "truly horrendous, given the fact that Pope Francis visited our country to - first and foremost - see and talk to the poor."

The Philippine Star said he plans to summon Ms Soliman to explain her agency's actions before lawmakers.

Ms Soliman said in interviews this week that the homeless families were removed shortly before the pontiff arrived on 15 January.

Many of them lived along the Manila Bay seafront, the venue for Sunday's mass which drew a record crowd of six million.

On 14 January they were taken to the Chateau Royale resort, which charges hundreds of dollars for a room per night, and returned to the capital on Monday after Pope Francis had left. 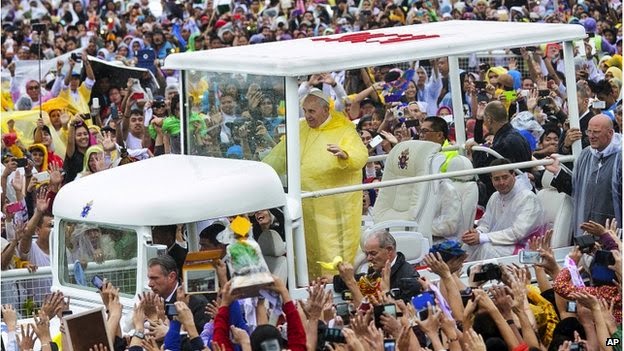 She defended the move as an effort to protect them from large crowds and crime syndicates during the Pope's visit, adding that it was part of a scheme to eventually move them to rent-free temporary accommodation.

"Part of the orientation is to familiarise themselves with a room with a door and toilets," Soliman told the AFP news agency.

She insisted it was "not for keeping them out of sight", and said the Pope saw shanties and homeless people during his trip.

The controversy comes after reports that street children had been rounded up and put into cages in detention centres, which the government has denied.

Pope Francis had made poverty one of the central themes to his visit, calling for mercy and compassion for the poor and meeting and hugging street children. (BBC)
Posted by sabahkini.net at 23:26