6 FILIPINOS ARRESTED WITH OTHERS' MYKAD 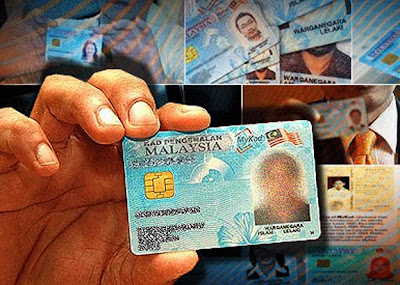 KOTA KINABALU: Six Philippine nationals were caught trying to leave for Kuala Lumpur by using MyKad belonging to other people on Christmas Day.

State Immigration Director Datuk Mohammad bin Mentek said the three Filipinas and three Filipinos aged between 16 and 35 were detained for committing the offence at Terminal 2 of the Kota Kinabalu International Airport (KKIA) at 2pm.

"The suspects were caught when they produced the identification documents at the Immigration counter before boarding.

"Upon checking, the Immigration Officer realised that the photos on the Mykad are different from the suspects and arrested them on the spot," he said, when contacted, Wednesday.

Mohammad said the suspects were also found not possessing any passports.

Nonetheless, he said, they have handed over the six suspects to City police here to be investigated under Regulations of National Registration 1990.

Meanwhile, City Police Chief ACP Jauteh Dikun, who confirmed the case, said all the suspects would be investigated under Section 25(1)(o) of the Regulations of National Registration 1990 for using Malaysian identification documents belonging to others.

He said they have been remanded for four days beginning Wednesday and all the MyKad have been seized to facilitate investigations.
Posted by sabahkini.net at 09:15