COMPUTER LABS FOR SCHOOLS IN SABAH 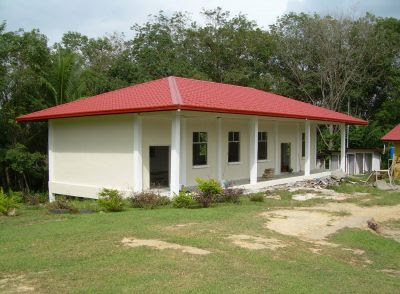 Many schools are still waiting for the promised Computer Labs to be completed in their school in order to upgrade the skill and knowledge of the students in the use of the computer technology. This has caused numerous complaints among the parents and the school teaching staffs.

When will the government complete the promised 500 units of computer labs in the secondary and primary schools in Sabah? This remains an unsolved misery.

According to the Minister of Education to a question raised by the KK MP Hiew King Cheu, he replied that starting from year 2002, there are 500 units of computer labs launched and it is divided into Phase 1 with 200 units and Phase 2 with 300 units. The total cost is RM260 millions.

The contractor being awarded with the Phase 2 project was terminated due to non-performance of work schedule on the 12th of March 2010, and now some drastic actions are taken to complete the project, especially on those uncompleted.

KK MP Hiew has checked with the many schools still waiting for the computer labs to be completed, and it is a fact that they all wanted it to be completed soon for use. Some of these labs faced with the land problem and the failure of the contractors.

The schools said that it is not necessary for the labs to be installed in its own building, but the computers can be installed in their class room first for an earlier start. The school can always make room for the new computers once these are supplied to the schools.

Hiew said this is a true fact that the computer labs scheme is a total failure and this has delayed for almost 10 years now, and the problems were not solved while many students had been deprived the chance to learn on the use of computers.

The BN government has again neglected Sabah and their failure had clearly indicated that Sabahan is not important in their eyes. A simple task to build computer labs for the schools seems like a mission impossible. We demand them to get these labs to be completed immediately.

The SMK Narina computer lab in Kota Belud is due to structural problem and JKR is at the moment checking on it.   The other one is SM Pandiwan in Nabawan, and this has a problem of serious ground water and JKR is finding a way to resolve the problem.

The computers that were stacked up in the stores has faced many problem which had practically damaged many of the computers.   A good example had been highlighted by the Audit General report 2011 in SK Kepayan where the new computers had been damaged by white ants.

For those computers which were supplied many years ago had become outdated.  Therefore, the RM260 millions on the computer labs project is not having the worth of money spent.
Posted by sabahkini.net at 09:44