DEEPAK EXPOSURE MUST BE INVESTIGATE 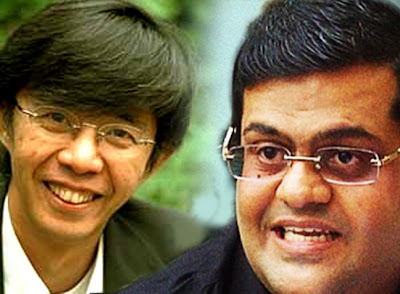 I REFER to the statement by the Malaysian Anti-Corruption Commission Operations Review Chairman, Hadenan Abdul Jalil that senior lawyer, Tan Sri Cecil Abraham, was not a party to the panel’s decision to stop the investigation into private eye, P Balasubramaniam’s second statutory declaration.

The statement is an utter disappointment because it appears that the MACC Operations Review Panel is more concerned with defending its decision to stop the investigation than to ensure MACC discharge its duties in carrying out a proper and thorough investigation into wrongdoings and charging the offenders without fear or favour.

The MACC Operations Review Panel Chairman should, instead of attempting to wash the Panel’s hands, immediately reopen investigations into the matter. There is more than sufficient evidence from the disclosures made by Deepak Jaikishan for the MACC and the police to commence investigations into various offences such as the making of a false statutory declaration, perjury, kidnap, extortion, bribery, corrupt practices, murder and the attempted covering-up of such offenses.

To date, the authorities have not taken up any investigation on a serious allegation by private investigator P. Balasubramaniam that he was intimidated and enticed to alter his statutory declaration on 1 July 2008. Now the latest revelations by businessman Deepak Jaikishan concurred with the statement by P.I. Bala, and it thus confirmed that criminal offenses have been committed and warrant serious action.

The MACC and the police must immediately investigate, interview and record the statements of the following persons who allegedly to have involved in this case:

2) Deepak Jaikishan who has confessed to have contacted Bala and negotiated for the alteration of the first statutory declaration;

4) Lawyer Cecil Abraham who is alleged to have prepared the second statutory declaration; and

5) Lawyer Arulampalam who appeared with  Bala in the press conference to issue the second statutory declaration which Bala had previously said was made under duress and fear for the safety of his wife and children.

The authorities have shown that are able to carry out investigations quickly and meticulously such as that carried out by the six agencies against SUARAM, the Companies Commission of Malaysia, Malaysia Communications and Multimedia Commission, Bank Negara, Registrar of Societies, the police and Home Ministry. Unless the MACC and the police act immediately, the taint to their reputation and image will be tarnished further.