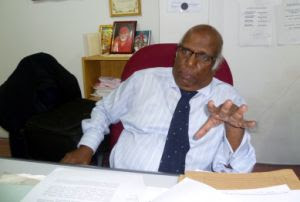 WORSE...... Muthu Palaniappan predicts a worse outing than in 2008 and says the party will drag down BN with it.

SEREMBAN: MIC will do worse in the coming election than it did in 2008, according to a former leader of the party. M Muthu Palaniappan, a defector to PKR who claims to be familiar with grassroots feelings, made this prediction in an interview with FMT.

He said a majority of Indian voters had grown tired of MIC’s “empty promises” and would make their feelings known at the ballot box.

Muthu’s main power base is Negeri Sembilan, but he was one of the few state MIC leaders who rose to national prominence in the 80s and 90s. He was MIC Youth chief from 1979 to 1984 and vice president of the party from 1997 to 2000.

He holds the record as the longest serving Negeri Sembilan state assemblyman from MIC, having won the Si Rusa (now Port Dickson) seat in 1982 and the Rantau seat in 1986 and 1990. He was a member of the state exco for 13 years until 1995.

He was the Negeri Sembilan MIC chief from 1979 to 1995. He was often in the news in the late 80s and early 90s for his bold criticism of party president S Samy Vellu.

Muthu studied law at Lincoln’s Inn and was once the chairman of the London Union of Malaysian and Singapore Students.

FMT: Why did you leave MIC after being with the party for 40 years?

MIC is not on the right track. Gone are the days of MIC leaders working for the people. Nowadays they work only to enrich themselves. They are not bothered about the Indian community.

Just look at the civil service and how the Indians are left out. The state of Indians in the public sector is very sad. What has MIC has done? Nothing. MIC leaders at the national level have not kept their promises. That’s why I left and joined PKR.

How do you think MIC will fare in the 13th general election?

It will lose badly, worse than in 2008. The people—Malays, Chinese and Indians—have already made up their mind to vote for changes.

The expectations of the Indians are high. They want government jobs, but the intake of Indians into government service leaves much to be desired. And even among those lucky enough to have jobs in the civil service, they have low expectations of being promoted.

The situation is similar with intake into public universities. Not enough places are offered to Indian students although many of them are deserving.

Let’s talk about Negeri Sembilan. Indians make up quite a sizeable number of voters in the state. Surely some will vote for MIC.

MIC has been talking about winning back the Port Dickson state seat and the Teluk Kemang parliament seat. It must be joking.

Negeri Sembilan MIC is very ineffective. It has done nothing for the Indians in the past 10 years.

Other Barisan Nasional component parties also will face the same fate as MIC because the Indians are the balancing power in Negeri Sembilan. This fact is known to Umno as well. No point giving hampers at the last minute. There is awakening among the Indians in the state.

Negeri Sembilan MIC is divided into factions, but they pretend to be united. There are many MIC branch leaders pretending to be loyal to the party. But they are only eyeing the material benefits that will come during the election campaign period.

Politically, they have felt cheated for a long time. They are disappointed. Just watch out; these leaders will throw their support behind Pakatan during the general election. 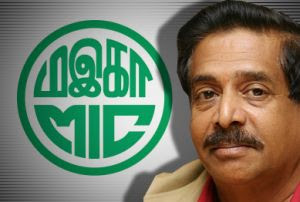 What are your feelings about MIC chief G Palanivel?

He is the weakest president in MIC’s history. He can’t gather any support. He has no grassroots support.

Palanivel has a strange political style. He has chosen a few people to be with him in a small circle. He doesn’t know that these people are actually there only for material benefits, not out of loyalty to MIC and BN.

What do you think of the idea of bringing back Samy Vellu to help MIC retake Sungai Siput?

BN will lose at least an extra 10% of votes not only in Sungai Siput, but also throughout the country.

Samy’s presence will tremendously help Pakatan. It will send a signal to the voters that Palanivel is a weak president.

There is some talk about friction between you and Teluk Kemang PKR chief M Ravi. Would you care to comment on this?

Actually, it was Ravi who invited me to join PKR last year. He said I would be an asset because of my experience and contacts in government.

He promised he would take me to meet Anwar Ibrahim, but he has yet to do so. But that is last year’s story.

I have always been a strong supporter of Anwar. I supported him even after he was expelled from Umno.

We were the respective national youth leaders of Umno and MIC in the late 70s and early 80s, and we had long discussions with regard to the poverty and suffering of Malays and Indians. Anwar is really a genuine leader who is interested in improving the lot of poor people, whether Malays or Indians.

I’m not power crazy. I genuinely and sincerely want to work towards uplifting the socio-economic condition of the people—Malays, Chinese and Indians. I want justice for everyone.

Are you eyeing the Teluk Kemang parliament seat?

Yes. I have been working in Teluk Kemang constituency for the past six months and I have visited every household in Teluk Kemang at least thrice so far. The people are very happy to see me.

I think Ravi fears my standing in the eyes of the public, especially in Teluk Kemang. But I’m prepared to work with everybody, including Ravi. I can work with him in the interest of the Teluk Kemang people.

What makes you think PKR needs you to get Indian support?

I have also done a lot of social work and I continue to do so, not only in Negeri Sembilan, but also in Johor and Perak.

The 2,000 new Indians members that I brought in into PKR were not only from Negeri Sembilan. Actually, the larger portion came from Johor and Perak. I have been building my support base in all three states since my time in MIC.