ONLY ONE CANCER TREATMENT MACHINE IN SABAH? 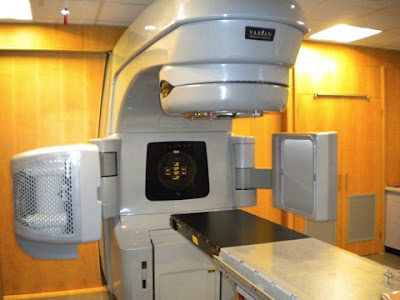 DAP Sabah is extremely disappointed that Sabah health care welfare continues to be overlooked. Junz Wong, DAP Sabah State Assistant Secretary expressed disappointment at State Health department that they have not resolved the "one radiotherapy machine" issue since DAP Sabah has brought it up one year ago.

Junz disclosed that Ex-Director Dr Mohd Yusof Ibrahim has openly announced, in a newspaper replying to DAP Sabah, that Sabah would have three CT Scan machines by the end of 2012. Two machines would be sent to Likas Hospital while one would be sent to Lahad Datu Hospital.

"Today is 27 Dec and yet Sabah still face the same issue which we have raised a year ago via why there is only one cancer treatment machine in Sabah? Situation has worsened now that Sabahan patients are asked to look for private specialist for treatments!" Junz slammed.

Now that Dr Mohd Yusof has been replaced by a new health department director, I hope she can explain and rectify the situation. Junz said

Junz, who is also National DAPSY Central Committee, also asked QEH Director Dr Herric Corray why he has failed to deliver his promise. Dr Herric promised that Queen Elizebeth Hospital I would be getting its second CT Scan machine to be installed in the New Emergency Department expected to be completed by December.

"Where are all the promised CT Scan machines now? Why are Sabahans lives risked everyday with no sense of urgency? After 49 years, Sabah couldn't even enjoy standard basic healthcare system? Janji Ditepati ?" Junz asked.

To make this easier to understand, KL has 5 sets of cancer treatment machines, Kuching has 3 sets, UM has 2 sets, UKM has 2 sets whereby Sabah only has 1 overworked worn down set. Junz explained.

Junz demanded both Health Minister Dato Liow Tiong Lai and his Deputy Dato Rosnah to explain on this persistent issue suffered by Sabahans!

It's people lives we are talking here and action must be taken immediately with urgency to resolve cancer treatment problems in Sabah. Our (Sabahans) lives are just as sacred and precious as those who are sitting up there with the authority! Junz concluded.